In his score for The Batman, the brooding emotional tone of composer Michael Giacchino’s character theme is established from bar one in the track of the same name. No soaring violins. No muscular brass orchestra. No superhero triumphalism. In their stead, a muted piano taps its rhythm low and slow, establishing the key of B flat before quickly descending. The tonal interval—moving from the tonic down two whole tones to the minor sixth degree—is inherently menacing, invoking the image of a glowering figure emerging from the shadows. We’re off to a good start.

This two-note introduction may feel familiar. It mirrors Kurt Cobain’s guitar chords in the de facto theme song of The Batman—Nirvana’s “Something in the Way.”

Intentional or not, it also serves as an homage to the quintessential menacing icon of cinema—legendary Star Wars composer John Williams used it for “The Imperial March (Darth Vader’s Theme).”

Four measures in, a single guitar chord rings out in Giacchino’s “The Batman” theme. Like the piano’s foundation, it is simple and precise, consisting of a B flat root note, perfect fifth and octave. There is nothing revolutionary about it, but the guitar tone is striking. The absence of low end, the subtle tremolo, and reverb—all applied to single-coil electric guitar pickups—was the signature sound of 1960s surf rock.

In the world of cinema, Ennio Morricone borrowed the surf-guitar tone extensively when he scored Sergio Leone’s “Spaghetti Western” films such as 1964’s A Fistful of Dollars. The resemblance is likely not a coincidence. Other sound elements in The Batman signal a “cowboy vigilante” theme. When foley artists recorded the rattling jangle of metal when Batman takes a step, they perfectly invoked the sound of spurs on Western boots.

References to cinema milestones aside, this is not Star Wars or The Good, the Bad, and the Ugly. This is The Batman. And in writer/director Matt Reeves’s vision, that means a monochrome world of cold, sunless light cast onto the bloodless pallor of weary faces. In other words, gothic. Cue the church bells!

When the bells arrive in bar five, they are not the handheld brassy instruments played by enrobed choir kids. This ain’t Christmas. The bells here are decidedly gothic—a heavy bronze timbre drenched in reverb, as if echoing from a cathedral tower onto concrete and limestone and hungry children.

The tragic melancholy of that sound is fitting for Batman, who fights for Gotham in anonymity like a hunchback ringing bells for masses who can’t see him. Despite all the menace of his garb and swagger of his violence, the protagonist of The Batman is ultimately a lonesome soul perched in a tower over his people, struggling to find meaning in the death of his family.

“The Batman” evolves into a lush orchestral passage alternating between hope and tragedy, but the theme’s introduction tells us much of what we need to know. In 8 bars of music over roughly 20 seconds, Michael Giacchino paints a musical portrait of a damaged, anti-heroic protagonist who is equal parts Darth Vader, Clint Eastwood, and The Hunchback of Notre Dame. Is there a more perfect description of Batman? 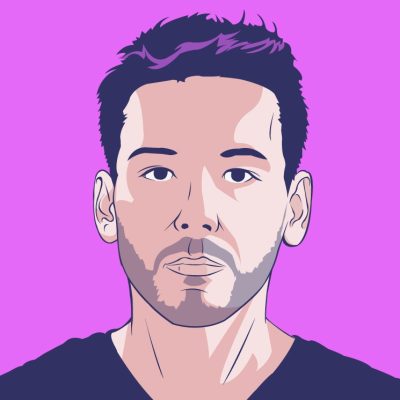 Hiro Williams is a songwriter, electronic musician, and multi-instrumentalist. His second solo album, Neon Daydream, will be released in late 2023. He lives in New York.