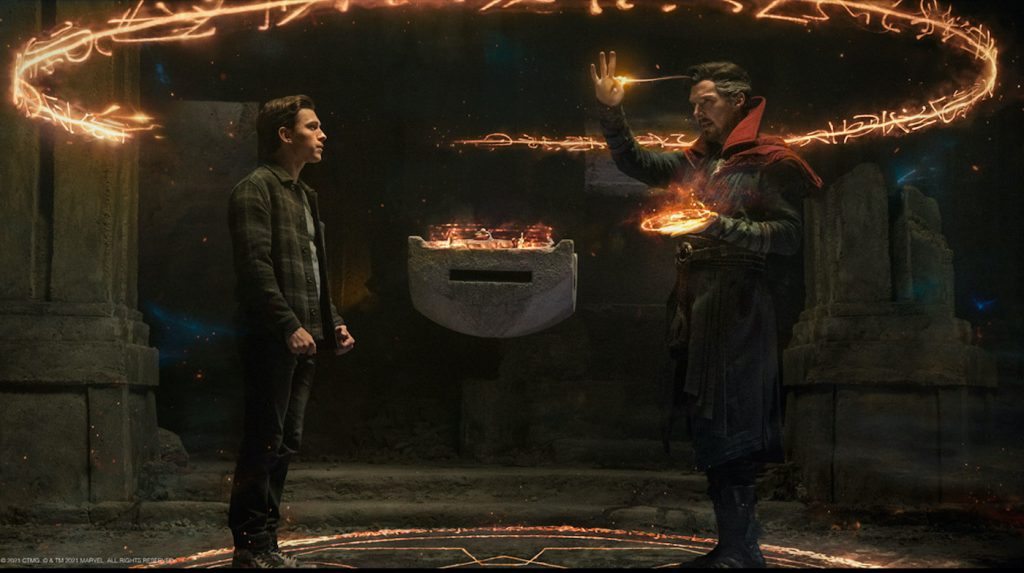 “I think somebody who cares about somebody can be forgiven for doing something that has consequences.” This, you might have guessed, is how Benedict Cumberbatch feels about Doctor Strange’s decision to try and help Peter Parker cast a particular spell in Spider-Man: No Way Home. If you’re an MCU fan, you know how that spell went—it unleashed the multiverse, and with it a slew of villains from Spider-Man franchises past and two other Spider-Men, too. The reason Cumberbatch is finally defending his character’s choice is that, of course, he stars in Sam Raimi’s Doctor Strange in the Multiverse of Madness, the second stand-alone film for Stephen Strange and one that deals with the direct aftermath of that fateful decision in No Way Home.

Speaking with The Hollywood Reporter, Cumberbatch asserts that the usually prickly Doctor Strange was thinking with his heart more than his head when he cast a spell, per Peter’s request, to wipe the memory of everyone who knew that Peter Parker was Spider-Man. Parker had just lost his mentor, Tony Stark (Robert Downey Jr.) during the climactic final battle in Avengers: Endgame, and then was publicly outed by Mysterio (Jake Gyllenhaal) in Spider-Man: Far From Home. Strange was trying to help the youngster out after a few rough few years.

“What kind of superhero would he be if he didn’t want to help another superhero?” Cumberbatch tells THR.

It’s poetic justice that Cumberbatch’s Doctor Strange will now contend with the full power (and horror) of the multiverse in a Sam Raimi film, considering three Raimi characters appeared in Spider-Man: No Way Home after Strange’s spell was botched. The original Peter Parker (Tobey Maguire), the Green Goblin (Willem Dafoe), and Doc Ock (Alfred Molina) all sprung from Raimi’s Spider-Man and Spider-Man 2. Cumberbatch told THR that Raimi was an amazing collaborator.

“What I did learn on set was how humble and human and funny he is, and how great a first audience he is,” Cumberbatch told THR. “All of those qualities make a great director. He wears that iconic status very, very lightly, and he doesn’t let it get in the way of a good day’s work. It commands respect, of course, but he never wants anyone to stand on ceremony. He just wants you to commit and do your best. He’s always incredibly supportive and has an acute eye for detail. So all of those things make you understand why he’s great, but it’s the opposite of the grandeur of his position in the pantheon of filmmakers in this modern era that really sings out as his winning quality. There’s no ego to the guy at all.”

We know that Doctor Strange has a lot of ego, but the man who plays him just wants people to give the character a bit of a break when it comes to that whiffed spell during Spider-Man: No Way Home. I mean, the spell was going swimmingly until Peter Parker messed it up, if we’re being totally honest.

Doctor Strange in the Multiverse of Madness hits theaters on May 6.