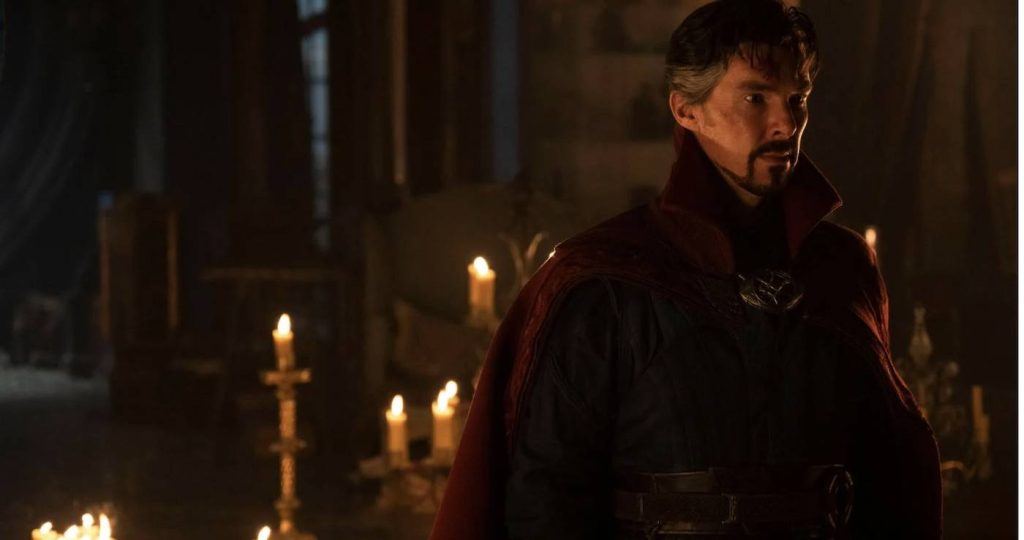 We’ve got a fresh look at director Sam Raimi’s highly-anticipated return to Marvel moviemaking, folks. Four new images for Raimi’s upcoming Doctor Strange in the Multiverse of Madness have arrived, revealing a few of the good Doctor’s allies in his coming battle with forces that might, at last, be beyond his control. Let the MCU experts dissect these new images for clues to the upcoming saga, which includes our first glimpse at Xochitl Gomez, an MCU newcomer playing the superhero America Chavez.

The four new shots include Doctor Strange himself (Benedict Cumberbatch, of course), Wanda Maximoff (Elizabeth Olsen), Wong (Benedict Wong), and America Chavez. Each shot finds our heroes looking deeply concerned. Yet the images are a careful bunch—it’s difficult to discern anything more than their principal subject, leaving the mysterious Multiverse of Madness plot firmly in a realm beyond our current perception.

Raimi directs from a script by Michael Waldron, and we know that Multiverse of Madness will follow the epic events in Spider-Man: No Way Home, when Doctor Strange tried to do Peter Parker a solid and ended up unleashing the multiverse, with its multiple Spider-Man and bygone villains from their realms along with them. We also know, thanks to previous trailers, that Strange will be up against forces that are greater than any he’s previously faced, which is saying a lot considering the man fought Thanos.

We’re still waiting for an image of Patrick Stewart, who returns to the MCU after playing Professor X in a slew of X-Men movies and then (spoiler alert) dying in James Mangold’s taut, tense Logan. The context surrounding Stewart’s return, like just about every other part of Doctor Strange in the Multiverse of Madness, is being held as a state secret.

Needless to say, people are very excited to see Raimi back directing a Marvel film. This is the man who directed the original Spider-Man trilogy and helped remake the superhero film world. We’ll share more when we know more.

Doctor Strange in the Multiverse of Madness hits theaters on May 6. Check out the images below.