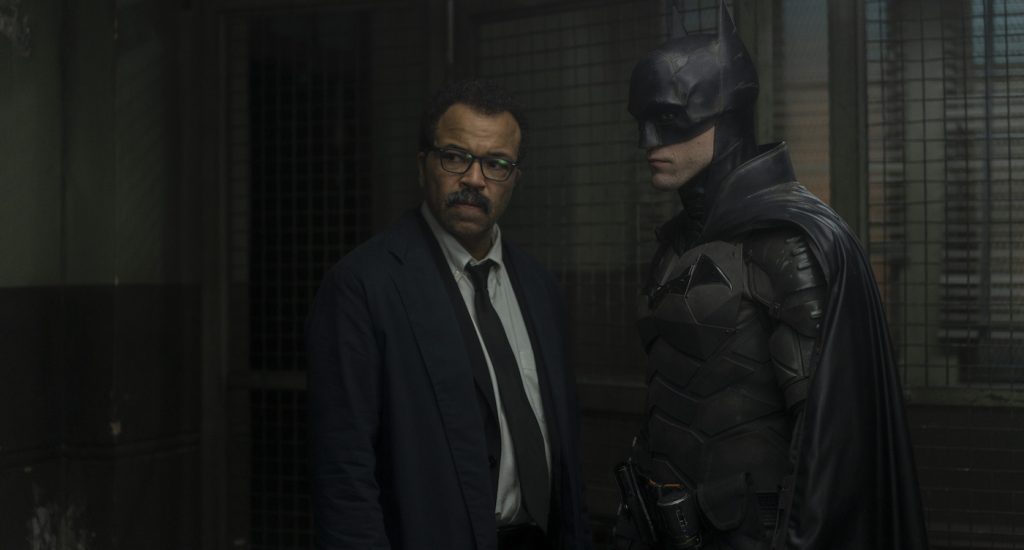 The Batman has arrived on HBO Max, and to celebrate the event, the streamer has just made the riveting, 10-minute long opening scene available for your viewing pleasure. The Batman begins with a horrific crime, immediately plunging us into the grimy, brutal world of Gotham and establishing the street-level detective story that co-writer/director Matt Reeves promised.

We open on the home of Gotham’s Mayor Don Mitchell, Jr. (Rupert Penry-Jones) who is pacing and drinking, worrying on the phone over the latest poll numbers in his Mayoral race against Bella Reál (Jayme Lawson). The current Mayor is deeply involved in Gotham’s dark underworld, but as The Batman opens, all we know is we’re watching him through the telephoto lens of an unseen stalker. (In a clever twist, what we’re actually seeing is the vantage of The Batman cinematographer Greig Fraser). Mayor Mitchell isn’t aware he’s being watched, or, that he’s meant to be the first victim of Gotham’s latest psychopath, the Riddler (Paul Dano).

The sequence is gripping, brutal, and quickly establishes that in the rebooted franchise, both Batman and the Rogues’ Gallery he contends with, including the Mayor, many members of the Gotham Police Department, the Penguin (Colin Farrell), Catwoman (Zoë Kravitz) and criminal bigwig Carmine Falcone (John Turturro) live in a world in which nearly everyone is compromised. It’s a killer opening sequence, and the beauty of The Batman is the rest of the movie lives up to its dark potential.

Check out the opening scene below. The Batman is now available for streaming on HBO Max.