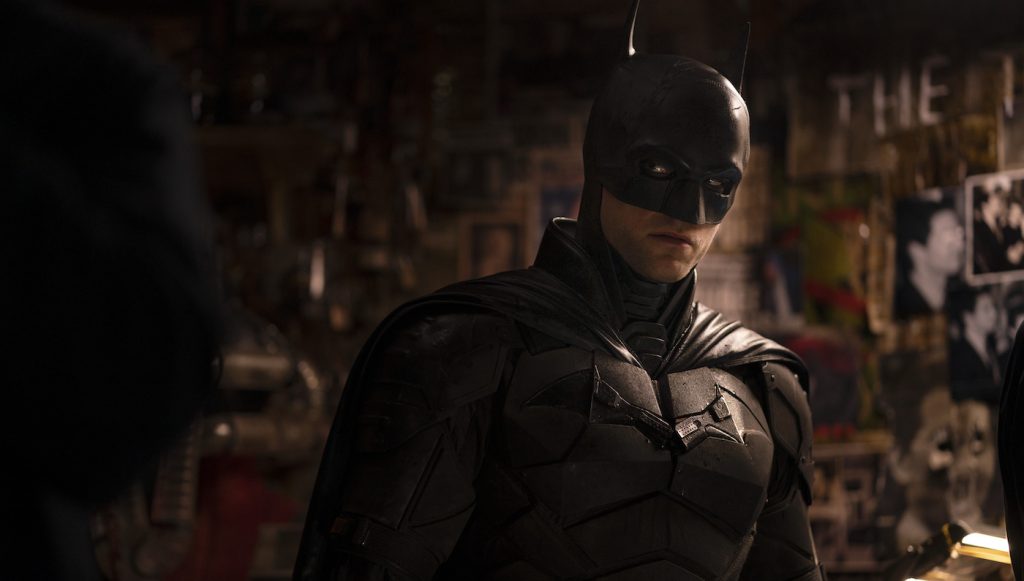 Now that Matt Reeves’ The Batman is streaming on HBO Max, we’re getting some very juicy clips—and the entire opening scene—to show those who may have missed out on the epic reboot in the theater what’s available to them in their home. That opening sequence is a doozy, plunging us into Reeves’ twisted noir vision of Gotham, and presenting the Riddler (Paul Dano) in all his psychopathic intensity. It’s a bravura 10-minute long masterclass in tension and world-building and sets the rest of The Batman up as a street-level detective story unlike any previous film in the franchise.

In “Vengeance,” the clip offered below, we see not only what Gotham has become, but the man stalking its streets at night trying to fight the rising tide of crime and nihilism. A bunch of brutes, their faces painted like skeletons (or lunatic clowns, if you’ve got the Joker on your mind) are about to assault an innocent man. This is what Gotham has become, a lawless, dark, nightmare realm of abuse. But then a heavy footstep, clearly this person’s in no hurry, can be heard stomping down the subway platform stairs. The brutes hold off from beating on their victim to assess the situation. Who is this who dares interrupt their “fun”?

You know who it is.

The Batman was a massive critical and commercial success, ushering in the Robert Pattinson era for the Dark Knight, launching at least two spinoff series on HBO Max, including one centered on Colin Farrell’s Penguin, and reminding us why Batman is DC’s most intriguing character.

Joining Pattinson, Dano, and Farrell in The Batman are Zoë Kravitz as Catwoman, Jeffrey Wright as Jim Gordon, Andy Serkis as Alfred, and John Turturro as Carmine Falcon.