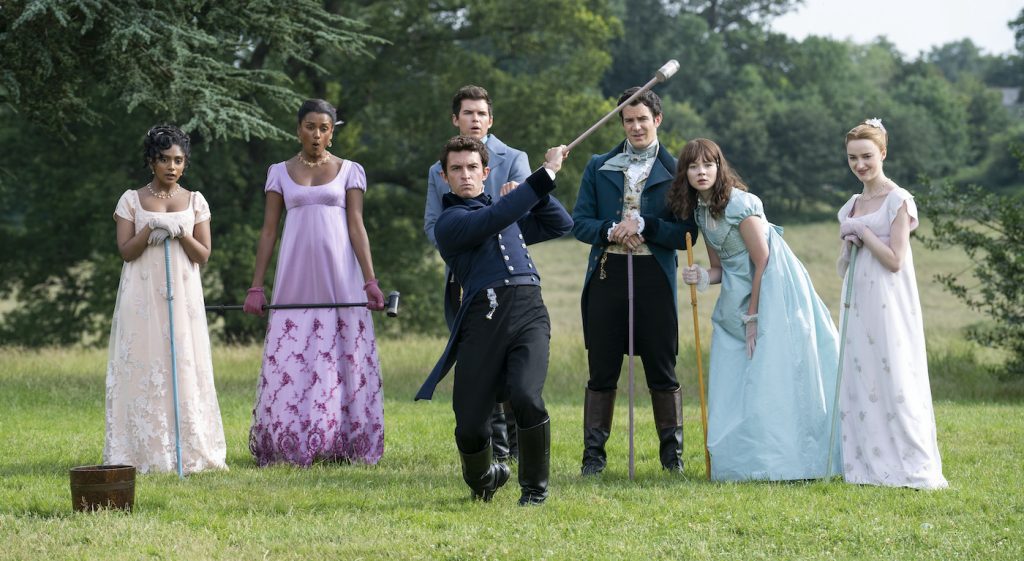 Court intrigue? Check! Delicious fashion? But of course! Romance and those who would get in the way of romance? Duh! Netflix’s beloved Bridgerton is back, with a new trailer announcing the return of the series and introducing some key new characters. The Regency period-set drama will turn in a new direction after season one’s massively successful storyline that followed the romance between Daphne Bridgerton (Phoebe Dynevor) and the Duke of Hastings (Regé-Jean Page).

The new trailer gives us a taste of season two’s new narrative, which turns towards Daphne’s brother Anthony (Jonathan Bailey) and his quest to find a suitable wife. His attention falls on Edwina Sharma (newcomer Charithra Chandran), who has arrived in London from India. Yet Edwina comes with some familial baggage, so to speak—her sister Kate (Simone Ashley) is not keen on the pairing and will stop at nothing to foil Anthony’s mission to court Edwina. Bridgerton excels at this kind of romantic meddling.

The other new faces in season two include Shelley Conn as Mary Sharma, the daughter of an Earl whose marriage to a humble tradesman was a big scandal for her family. Lady Mary arrives in London with her daughters and finds that scrutiny has once again caught up with her. Then there’s Calam Lynch as Theo Sharpe, a printer’s assistant with a big heart and even bigger ideas about the inherent worth of everybody. Finally, there’s Rupert Young as Jack, the newest member to the “ton” and a man with a connection to one of its most important families.

Check out the trailer below. Bridgerton: Season 2 hits Netflix on March 25.

For more on Bridgerton, check out these stories: