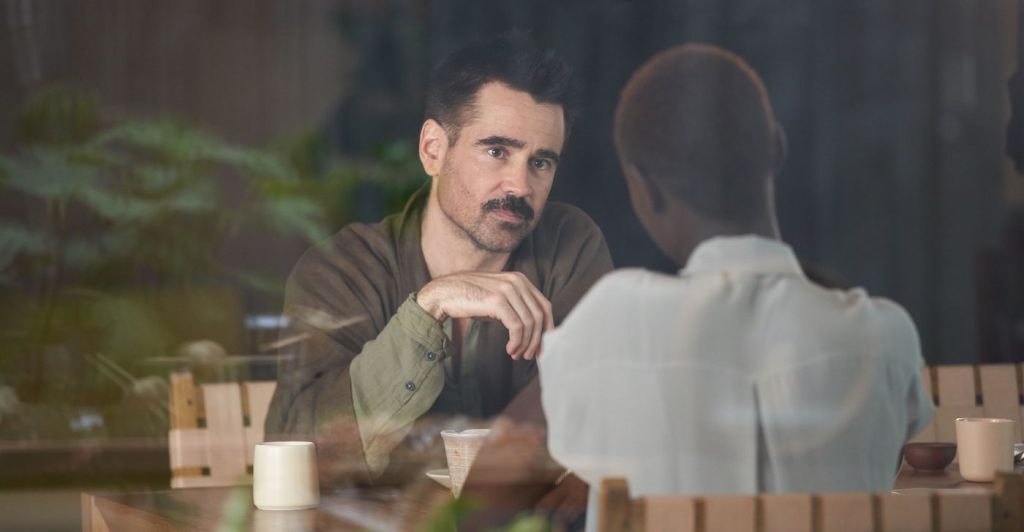 After Yang cinematographer Benjamin Loeb knew the minute he met South Korean-born director Kogonada that theirs would not be a standard show biz collaboration. When Loeb called from his native Oslo to Zoom interview for the DP job, he and Kogonada barely mentioned the project at hand. Instead, they talked about ramen. “We spent hours talking about the complexion of broth and what makes the broth look good and feel good,” Loeb recalls. “We equated how all your ingredients need to push in the same direction. He asked me what are you searching for as a human being, in your work, in your life? How do we relate to space, in cinema, in real life, in photography? When you eat food, what does it taste like? We talked about anything but the film.”

The resulting collaboration, winner of the 2022 Alfred P. Sloan Feature Film Prize at Sundance, takes place in the future when Colin Farrell‘s Jake and his family (Jodie Turner-Smith and Malea Emma Tjandrawidjaja) struggle to part ways with their beloved android Yang (Justin H. Min). Filmed in woodsy Rockland County, New York, After Yang (now streaming on Showtime) unfolds in carefully composed frames that stand in extreme contrast with the jittery camerawork that Loeb deployed in Pieces of a Woman, in which Vanessa Kirby nabbed an Oscar nomination.

Loeb, raised in Norway and educated at Emily Carr University of Art + Design in Vancouver, travels with his wife and young daughter to wherever the work leads him. “I have fleas in my blood,” he jokes. Speaking from their temporary home in Silver Lake California, Loeb breaks down the philosophy and techniques that gave rise to After Yang‘s understated beauty.

You went straight from high-anxiety drama Pieces of a Woman to the Zen-like calm of After Yang. How do you re-calibrate?

As a DP, it’s like I have a backpack with all of my tools. After each project, I throw that backpack in the trash and start from scratch. Having my own language as a cinematographer is actually the opposite of what I want to do because, for me, the process is much less about what movie do I want to make rather than what kind of conversation do I want to have with my director. To go from [horror film] Mandy to Pieces of a Woman and then After Yang – – they’re all such specific approaches that I can’t just come in with the same backpack.

I didn’t understand what After Yang was about until I watched Columbus. For years, I’d been dying to do something like that because I have a certain disdain for force-feeding emotional guidelines in cinema. Columbus triggered something in me about how to make something very simple in a way that still has emotional resonance for an audience.

After Yang is set in the future and co-stars an android character but it doesn’t look or feel anything like a conventional science-fiction movie. Was that intentional?

Like when Colin Farrell’s face is shrouded in shadow?

Many directors say they need to see the actor’s eyes to connect with a character but I disagree. Emotions come from understanding the characters’ relationships to their own lives and the space that they’re in. Kogonada and I talked a lot about this idea of absence in the frame and what that does for an audience. We never want to never spoon-feed people “This is what you’re supposed to feel.” By almost disguising the characters’ faces, it means you as the viewer need to lean into the screen. You have to use your imagination.

The story begins in this sleek house in the woods, built by mid-century architect Joseph Eichler, which provides a muted setting saturated with brown and honey-colored hues. Did you subdue the interior tones even further with your camera choices?

My gaffer and my colorist Joel Gawler and I came up with a LUT that essentially brought all the tones and textures down. We played with the earth tone and muted tones at all the locations so that they would key with Tungsten lights because we wanted to keep [the colors] warm and let the shadows go full. We did all our bounce lights with colder [temperatures]. That combination of warm and cool was baked into our lighting approach.

LUT stands for “Look Up Table”?

It’s an adjustment of color space. I don’t like shooting something on set and then twisting the image to be something else in post-production. Our starting point was always about, how can we paint this [scene] to become as close as we can to the final image?

For the first several minutes of this movie, your camera remains stock still, with Colin Farrell’s Jake and Jodie Turner-Smith as his wife Kyra being framed almost like still-life portraits. What’s the idea there?

Any time a character talks directly to the lens but is actually having a conversation with another character, those are referred to as screen calls. It’s a direct homage to [Japanese director Yasujirō’s] Ozu, a big influence, who liked to shoot medium shots of his characters talking directly to the camera. For those screen calls, we created a four by four box with tubes in it. We put the camera inside of this box and the light would leak into the lens to create a little bit of a haze. Something feels a little bit different even though you don’t see these elements of technology. Being limited in the space, we had to find other outlets for creative [expression].

What were you going for later in After Yang when you shift into hand-held outdoor sequences brimming with color?

Switching from inside to outside to capture the butterfly conversation between Yang and Kira, Jake’s conversation with Yang, and the photo session where they’re all outside in this garden – – those sequences do something profound for me. I can’t put my finger on it but that feels good. Those three sequences of [Yang’s] memories jolt me back into the present moment of what you might call more static elements.

How did you approach those memory sequences?

We wanted to show fragments of memories, where you might remember something one way but then it can change. That became the basis for us shooting the same scene handheld five or six times over. Kogonada could then cut those fragments together into this exciting free flow of memories where it’s not literal or even continuous.

What kind of camera did you use on After Yang?

We shot on an Alexa mini.

Working with Panavision we created a set of lenses so that each layer of the film — the present tense, human memories, Yang’s memories, the screen calls – would have its own way of being rendered. I asked Panavision to find the lens that most resembled what Ozu would have used on his camera and they found this old 53-millimeter Pathé that Paul Thomas Anderson uses quite a bit. That became the lens for our screen calls.

Change the lens and you change the feeling?

I consider myself a purist. For me, changing aspect ratios and lenses can be more of a trendy thing but with After Yang, it just felt right. Each

Featured image: Colin Farrell and Jodie Turner-Smith in “After Yang.” Courtesy A24