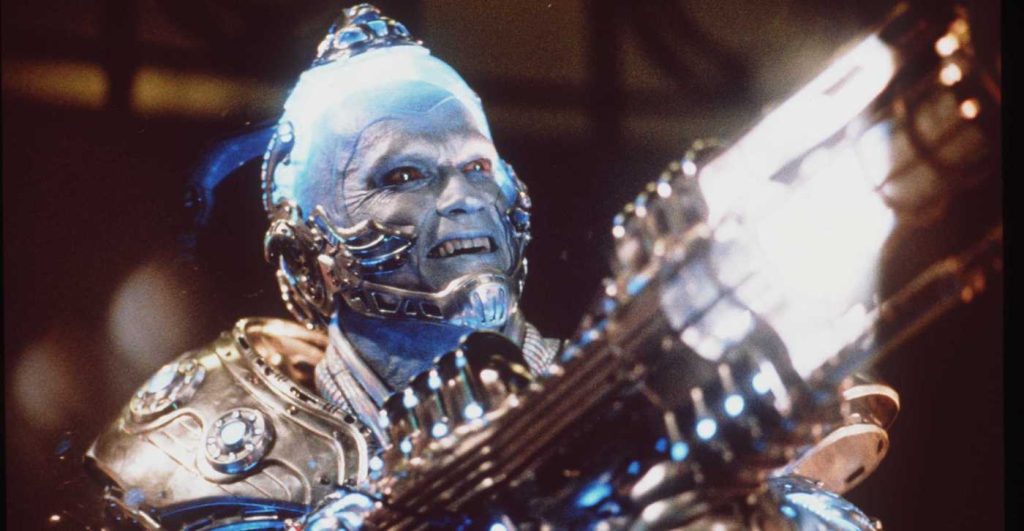 Writer/director Matt Reeves knows a thing or three about picking villains. For The Batman, Reeves wrote a sizzling script that attracted so much heat a whole new franchise was rebooted based on the strength of his story, and that story includes a Rogue’s Gallery of villains. Robert Pattinson’s Batman will be facing two toplining villains in Paul Dano’s Riddler (the main event), and Colin Farrell’s Penguin (this role is smaller, but Farrell’s Penguin is getting his own HBO Max spinoff series to further explore the character). Then there’s Zoë Kravitz’s Catwoman who, while not a villain, is still another iconic figure plucked from DC’s rich bench of characters.

One character you probably would have never imagined entering Reeves’ mind as he thinks about populating a sequel is Dr. Victor Fries, better known as Mr. Freeze. This ice-cold character was frozen into our memory banks in Arnold Schwarzenegger’s very colorful performance in director Joel Schumacher’s extremely colorful 1997 film Batman and Robin. If you haven’t seen the film, here’s one of Mr. Freeze’s quotes just to give you a taste of what Schwarzenegger’s performance and the film itself were like: “Allow me to break the ice: My name is Freeze. Learn it well, for it’s the chilling sound of your doom.” Want another? Great, here you go: “If revenge is a dish best served cold, then put on your Sunday finest. It’s time to feast!”

So, yeah, Batman and Robin was more or less the antithesis of not only Reeves’ grittier take on Gotham, but nearly every superhero movie made since Christopher Nolan first wowed the world with his 2005 game changer Batman Begins. Yet at a recent press event, as relayed by Collider, Reeves said that a more grounded version of the character exists in the comics, and could make for a great villain for the sequel. Here’s what Reeves said:

“In my view, I just feel drawn to finding the grounded version of everything. So to me, it would be a challenge in an interesting way to try and figure out how that could happen, even the idea of something like Mr. Freeze, that is such a great story, right? I think there’s actually a grounded version of that story, which could be really powerful and could be really great. So, I love the fantastical side of Batman, but this iteration, obviously, while being, to me, I think it is very comics faithful, but I don’t think that this one is necessarily, it doesn’t lean as hard into the fantastical, I guess. But I think to me what would be interesting would be to try and unwind the fantastical and see, well, how could that make sense here? And so that’s kind of my view, how I see it.”

The Batman is one of the year’s most eagerly-anticipated films, and it’s expected to do massive business. Two more sequels are currently being planned for The Batman, so this notion of a grounded Mr. Freeze could go from speculation to reality.

The Batman hits theaters on March 4.