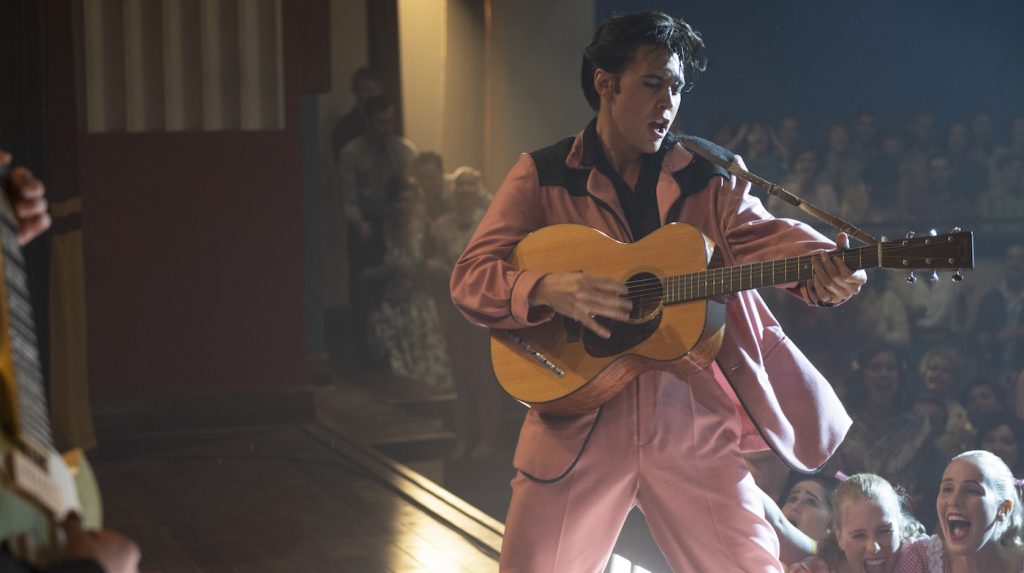 The first voice you hear in Elvis‘s official trailer doesn’t belong to the King himself (played by Austin Butler), but that of Colonel Tom Parker (Tom Hanks), Elvis’s notoriously unscrupulous manager. “There are some who’d make me out to be the villain of this here story,” the Colonel says at the outstart. “Are you born with a destiny,” Parker continues, “or does it just come knocking at your door?” For Parker, his destiny came in the form of a young musician from Memphis, Tennessee.

Hanks is nearly unrecognizable as Parker, but Austin Butler, sporting Elvis’s iconic pompadour, looks born to play the part. The first trailer provides a rocking, ritous introduction to Luhrmann’s film, and the director doesn’t appear to have skimped on his vibrant, maximalist approach in telling the story of the King and the Colonel. Elvis will explore their relationship, one that had an indelible effect on popular culture at large, against the backdrop of a quickly changing America.

Elvis looks like a star-making vehicle for Butler, who seems to have no trouble stepping into the platform shoes of one of the most iconic performers of all time. And what a scene partner he’s got in Hanks, who gets the rare opportunity here to play someone we all don’t wish was our favorite uncle. The supporting cast is excellent, including Helen Thomson as Elvis’s mother, Gladys, Richard Roxburgh as Elvis’s father, Vernon, and DeJonge as Priscilla Presley. For the non-family members, the cast includes Kelvin Harrison Jr. as B.B. King and recent Oscar-nominee Kodi Smit-McPhee as Jimmie Rodgers Snow.

Check out the rocking trailer below. Elvis hits theaters on June 24.

The film explores the life and music of Elvis Presley (Austin Butler), seen through the prism of his complicated relationship with his enigmatic manager, Colonel Tom Parker (Hanks). The story delves into the complex dynamic between Presley and Parker spanning over 20 years, from Presley’s rise to fame to his unprecedented stardom, against the backdrop of the evolving cultural landscape and loss of innocence in America. Central to that journey is one of the most significant and influential people in Elvis’s life, Priscilla Presley (Olivia DeJonge).