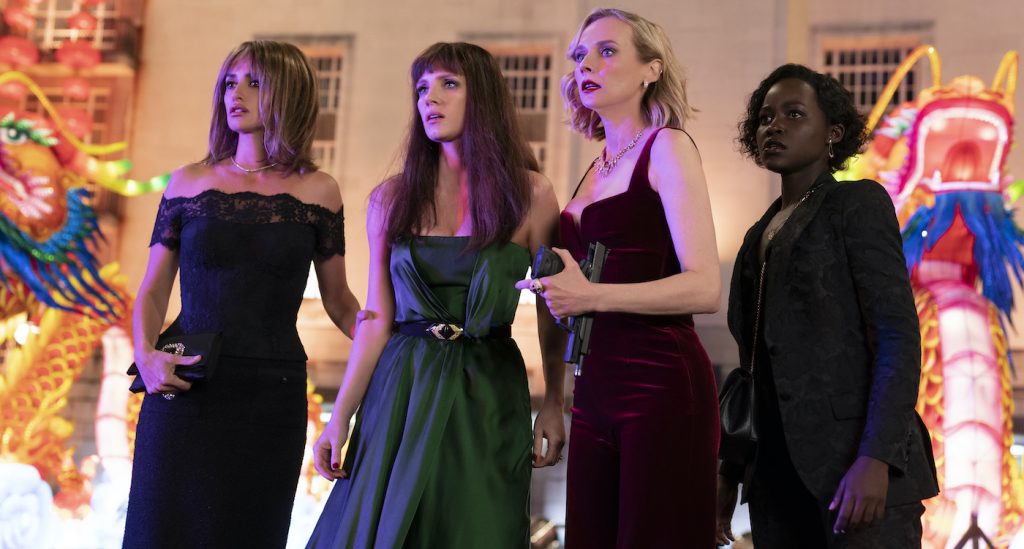 “The fights are ruthless, and at the same time emotional,” says The 355 star Jessica Chastain in a brand new behind-the-scenes stunt featurette. “It makes it more brutal because you feel the weight behind each move.” The new featurette takes you behind the scenes of co-writer/director Simon Kinberg‘s long-delayed action flick, which arrives, at long last, in a few days. Klingberg has assembled an A-list cast to lead his original espionage thriller, with Chastain but one big name in the bunch.

This new stunt featurette (the stunt and fight coordinator for the film is James O’Donnell) shows just how seriously the cast took the many, many hand-to-hand battles embedded in Kinberg and co-writer Theresa Rebeck’s globe-trotting thriller. Imagine a mashup of Jason Bourne and Mission: Impossible led by an incredible cast of women.

The 355 is Kinberg’s second directorial effort after X-Men: Dark Phoenix. The film was originally slated for a January 15 2021 release, but, well, you know. But this featurette reveals that the wait might have been worth it. The film looks like a blast.

Check out the stunt featurette below. The 355 is set for release on January 7.

A dream team of formidable female stars come together in a hard-driving original approach to the globe-trotting espionage genre in The 355.

As the action rockets around the globe from the cafes of Paris to the markets of Morocco to the opulent auction houses of Shanghai, the quartet of women will forge a tenuous loyalty that could protect the world—or get them killed.