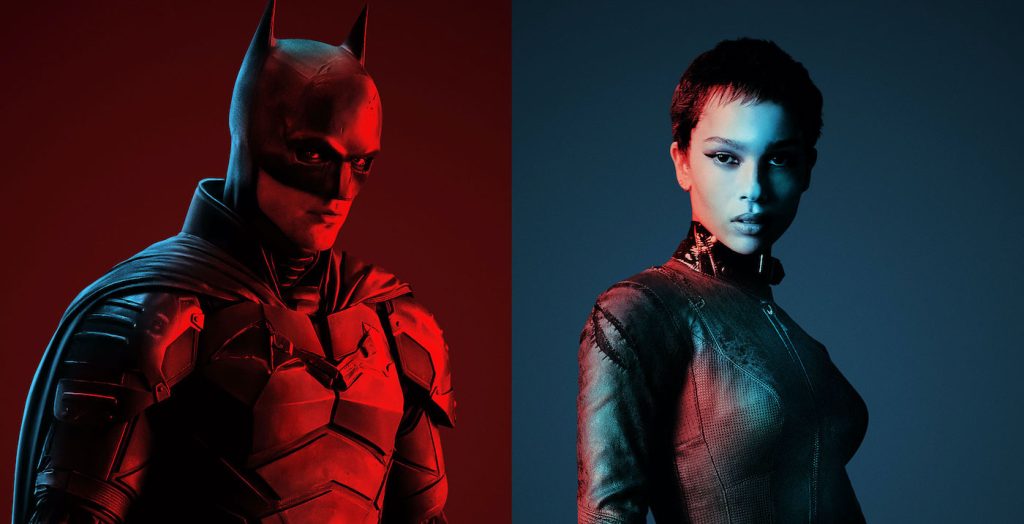 In case you were spending some much-needed time away from screens over the holidays, you may have missed this doozy of a new trailer for The Batman. No worries, we’ve got you covered. This new look at writer/director Matt Reeves’ hotly anticipated film is centered on the relationship between Bruce Wayne (Robert Pattinson) and a new friend, Selina Kyle (Zoë Kravitz), appropriately titled “Bat and The Cat.” Granted, these two aren’t your average new friends, as each takes on an alter ego when the sun goes down on Gotham. And while Batman and Catwoman might not see completely eye-to-eye on every issue facing Gotham, they’re both ready for a fight. In a few moments in the trailer, the fight is between themselves.

“The Bat and The Cat” trailer offers us our most extended look yet at Kravitz in the iconic role of Catwoman, who proves she can more than hold her own with Batman. Catwoman will likely become a crucial ally for Batman—remember, The Batman finds the Caped Crusaders into only his second year of vigilantism—and now he’s gotten the attention of a sociopath named Edward Nashton (Paul Dano), better known as the Riddler. The Riddler begins sending Batman bloody messages made up of bodies. The “Bat and The Cat” trailer contains brand new footage, much of it concerning Catwoman, as well as a moment in which Bruce Wayne confronts his loyal butler Alfred (Andy Serkis) about lying to him. One has to imagine this lie has to do with Bruce’s past.

The Batman hits theaters on March 4. Check out the new trailer below.