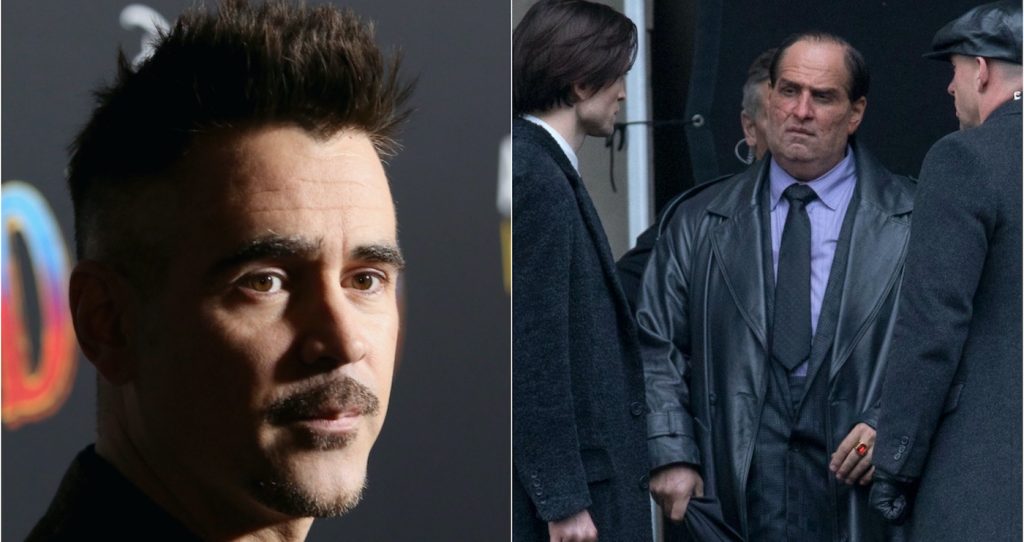 Variety has confirmed that Colin Farrell and HBO Max have made it official, with Farrell set to star in and executive producing a new spinoff series based on his The Batman character Oswald Cobblepot, better known as The Penguin. The series will explore The Penguin’s rise within Gotham’s murky criminal underworld, which is well-known for breeding some of the most legendary villains in the comics world. The series will be written by Lauren LeFranc (Agents of S.H.I.E.L.D.) and will be produced by Farrell, The Batman writer/director Matt Reeves, and the film’s producer Dylan Clark. Warner Bros. Television will produce.

If the Penguin series ends up moving forward, this will mark the second The Batman spinoff in the works at HBO Max, with another series set within the Gotham Police Department already in development. That drama has Joe Barton (Giri/Haji, Encounter) attached as showrunner.

HBO Max currently has quite a few live-action DC shows in various stages of development. James Gunn’s The Suicide Squad spinoff Peacemaker starring John Cena arrives on January 13, 2022, while projects based on the Green Lantern (via Greg Berlanti) and Justice League Dark (via J.J. Abrams and co.) are in the works.

Long before we see Farrell reprise his The Batman role, the main event comes first. The Penguin is but one of the villains in The Batman and doesn’t appear to be Bruce Wayne (Robert Pattinson)’s main adversary in the film. That honor goes to another iconic villain in Batman’s Rogue’s Gallery, The Riddler, played in the film by Paul Dano. The Batman is set to hit theaters on March 4, 2022.

Here’s the official synopsis for The Batman:

Two years of stalking the streets as the Batman (Robert Pattinson), striking fear into the hearts of criminals, has led Bruce Wayne deep into the shadows of Gotham City. With only a few trusted allies—Alfred Pennyworth (Andy Serkis), Lt. James Gordon (Jeffrey Wright)—amongst the city’s corrupt network of officials and high-profile figures, the lone vigilante has established himself as the sole embodiment of vengeance amongst his fellow citizens.

When a killer targets Gotham’s elite with a series of sadistic machinations, a trail of cryptic clues sends the World’s Greatest Detective on an investigation into the underworld, where he encounters such characters as Selina Kyle/aka Catwoman (Zoë Kravitz), Oswald Cobblepot/aka the Penguin (Colin Farrell), Carmine Falcone (John Turturro), and Edward Nashton/aka the Riddler (Paul Dano). As the evidence begins to lead closer to home and the scale of the perpetrator’s plans becomes clear, Batman must forge new relationships, unmask the culprit, and bring justice to the abuse of power and corruption that has long plagued Gotham City.

Featured image: L-r: LOS ANGELES, CA – MARCH 11: Actor Colin Farrell attends the World Premiere of Disney’s “Dumbo” at the El Capitan Theatre on March 11, 2019 in Los Angeles, California. (Photo by Jesse Grant/Getty Images for Disney); LIVERPOOL, ENGLAND – OCTOBER 13: British actor Robert Pattinson and Irish actor Colin Farrell pictured during filming of The Batman movie which is taking place outside St. George’s Hall, Liverpool, England this week. The Batman is an upcoming American superhero film based on the DC Comics character of the same name. Produced by DC Films and distributed by Warner Bros. Pictures, it is a reboot of the Batman film franchise directed by Matt Reeves. (Photo by Colin McPherson/Getty Images)