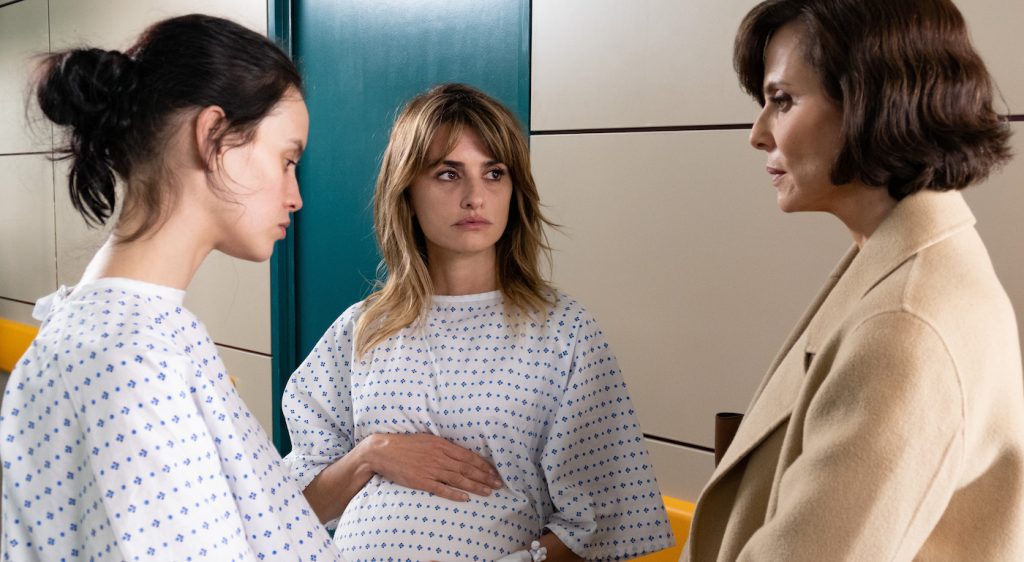 A new trailer for writer/director Pedro Almodóvar’s Parallel Mothers is here, and it’s a deliciously mysterious second look at his critically acclaimed new film with his muse, Penélope Cruz. Parallel Mothers opened the Venice Film Festival this past September and was met with rave reviews, with both auteur and star coming in for lavish praise. The New Yorker‘s Anthony Lane wrote “Almodóvar leaves us with an overwhelming sense that the pursuit of justice, by right, is women’s work.” Variety‘s Justin Chang enthused, “Everything here is connected and the story flows and flows, achieving a breathless momentum that reveals its intricate design only in retrospect.” Meanwhile, Cruz recently took home the International Star Award from the Palm Springs International Film Festival for her performance.

So what’s Parallel Mothers about? Well, the first teaser and this trailer are purposefully vague, but we can give you the bare bones of the plot. Cruz plays Janis, a woman who meets Ana (Milena Smit) in the hospital as they’re both about to give birth. The wordless teaser and the new trailer both manage to evoke the joy of bringing a baby into the world, but they also tease the tension and turmoil of early motherhood, as well as the tender fragility of human relationships, those we’re born into as well as those we create along the way.

Part of the tension derives from the similarities and differences in the position the two women find themselves in. Both are about to give birth, and both of them are single and became pregnant accidentally. But Janis, middle-aged, is thrilled. Ana, very young, is terrified.

Any Almodóvar film is cause for excitement, and he and Cruz have formed one of the film world’s most interesting, fruitful partnerships.

Joining Cruz and Smit are Aitana Sánchez-Gijón, Israel Elejalde, Julieta Serrano, and Rossy de Palma. Check out the trailer below. Parallel Mothers came out on December 24.