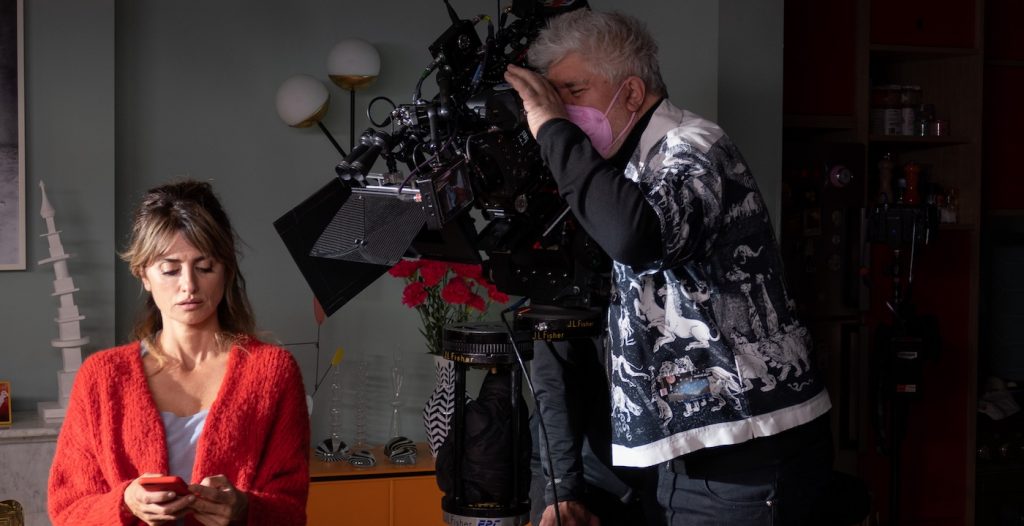 The first teaser for writer/director Pedro Almodóvar’s Parallel Mothers is here, which will open the Venice Film Festival on September 1 before being released into theaters this December. Almodóvar is once again working with his muse, Penélope Cruz, as well as a talented ensemble cast. Cruz plays Janis, a woman who meets Ana (Milena Smit) in the hospital as they’re both about to give birth. The wordless teaser manages to evoke the joy of bringing a baby into the world, but also the tension and turmoil of early motherhood, as well as the tender fragility of human relationships, those we’re born into as well as those we create along the way.

The tension derives in part from the similarities and the differences in the position the two women find themselves in. Both women are about to give birth, and both of them, we learn from the film’s synopsis (thanks, Sony Pictures Classics!) are single and became pregnant accidentally. But Janis, middle-aged, is thrilled. Ana, very young, is terrified. Janis will try to help Ana after they meet by chance in the hospital.

We like our Almodóvar films with this kind of mystery, and thus far, Parallel Mothers is exactly that, a mysterious new film from a restlessly inventive filmmaker.

Here’s the synopsis for Parallel Mothers:

Two women, Janis and Ana, coincide in a hospital room where they are going to give birth. Both are single and became pregnant by accident. Janis, middle-aged, doesn’t regret it and she is exultant. The other, Ana, an adolescent, is scared, repentant and traumatized. Janis tries to encourage her while they move like sleepwalkers along the hospital corridors. The few words they exchange in these hours will create a very close link between the two, which by chance develops and complicates, and changes their lives in a decisive way.

A Peek Behind the Scenes of an Editor’s Career