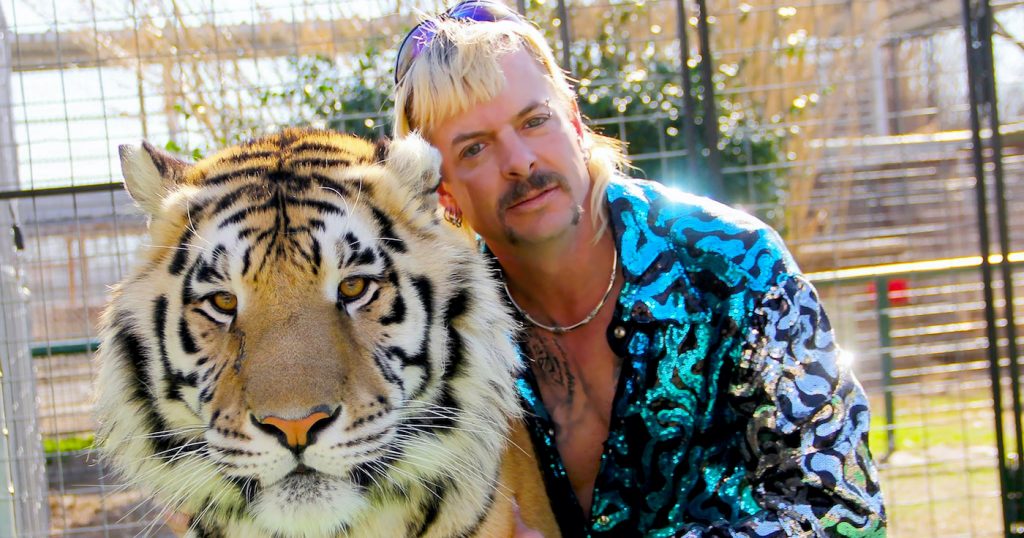 Netflix has made it official—Tiger King 2 is happening—with the promise of “more madness and mayhem.” The breakout documentary from 2020 is not only getting a sequel, but that sequel is coming this year.

The news was broke via a teaser announcing Netflix’s upcoming slate of true crime content. There have been whispers about the sequel for a while now, and last month Tiger King 2 was listed on Netflix’s site, but that was quickly taken down. Now, Netflix has made it official that they’re taking us back to the sordid, tiger-loving (and abusing) world of Joe Exotic, the convicted felon and onetime zookeeper who captured the world’s attention with a shamelessness that felt greasily appropriate for the awful year of 2020. In fact, Exotic felt a kinship with then-President Trump, and was so convinced the former President was going to pardon him, his lawyer had a limo waiting outside the prison on Trump’s final night in office. The pardon never came.  (The cultural reach of Joe Exotic and his bizarre, blatantly unlawful is such that there’s a miniseries in the work over at Peacock, starring none other than Saturday Night Live‘s Kate McKinnon.)

Tiger King 2 comes from the directors of the first season, Rebecca Chaiklin and Eric Goode.

Here’s the teaser that made the sequel official:

Tiger King 2 is definitely the biggest announcement tucked into this trailer, but Netflix has a bunch of intriguing True Crime projects coming out. They include a three-part series about “one of the world’s most audacious conmen” titled The Puppet Master: Hunting the Ultimate Conman (January 2022) and The Tinder Swindler (February 2022) about a man who posed as a billionaire on Tinder and the group of women who “set out to bring him down.”