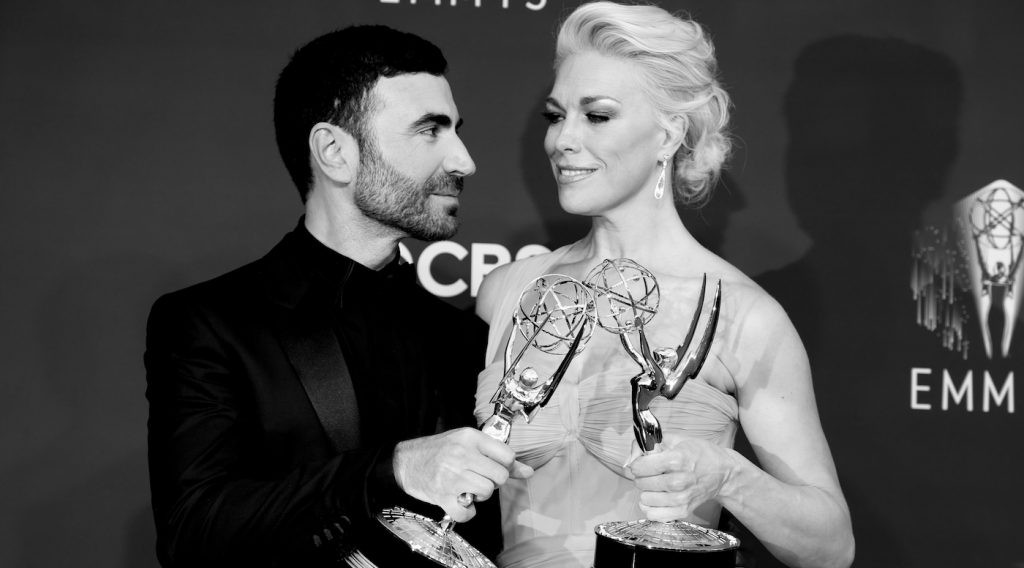 All hail The Crown. Netflix’s royal drama was bestowed with seven awards last night during the 73rd Primetime Emmys, the most for any show, and Netflix itself tied the record for most Emmy wins with a haul of 44. The last time that happened? In 1974, when CBS took home 44 Emmys in a single year.

Yet that wasn’t the only milestone reached during last night’s telecast. Apple TV’s Ted Lasso claimed four awards, including Best Comedy Series. This makes Apple the streaming platform that was the quickest to get to a series win, claiming the big comedy prize in only its second year of eligibility.

Another milestone from last night is the fact that the three biggest awards—Outstanding Comedy (Ted Lasso), Outstanding Drama (The Crown), and Outstanding Limited or Anthology Series (The Queen’s Gambit) all went to streaming services. There have been a lot of stories about the changing of the guard from network to streaming over the past few years, but this does seem to cement the pivot fairly vividly.

More history was made—the brilliant Michaela Coel became the first Black woman to win writing for a limited series with her work on her show I May Destroy You for HBO.

Although the networks got some love. NBC grabbed seven Emmys, largely thanks to its flagship program, Saturday Night Live.

HBO’s Mare of Easttown and HBO Max’s Hacks each claimed three wins apiece. The former, a brooding, brilliantly constructed murder mystery, and the latter a hilarious inside peek at two women at either end of their comedy careers, also doubled as showcases for the singular talents of one woman—Jean Smart—who won for Lead Actress in a Comedy for Hacks and who was nominated for Supporting Actress in a Limited Series for Mare of Easttown.

Not for nothing, Smart’s Mare of Easttown co-star, Kate Winslet, won for Best Actress in a Limited Series for her accent-perfect work. It’s still hard to believe Winslet, with her perfect Queen’s English, absolutely nailed the nearly impossible DelCo Drawl.

For stories on some of last night’s big winners, check these out:

Getting Down to Funny Business With Hacks Creator Lucy Aniello