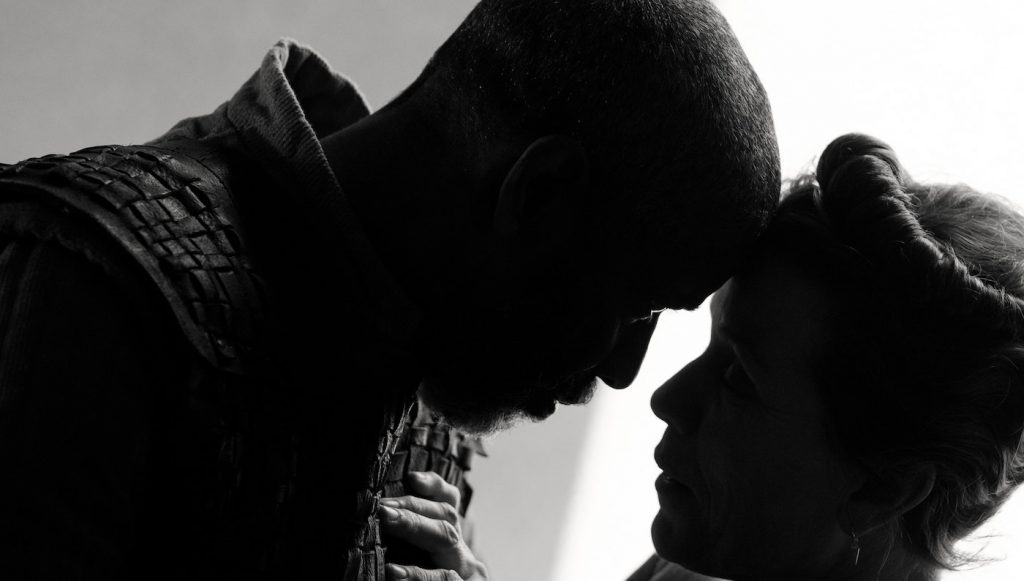 It’s hard to overstate just how awesome this movie looks. The teaser for writer/director Joel Coen’s The Tragedy of Macbeth reveals a sumptuous black-and-white palette and none other than Denzel Washington playing one of Shakespeare’s most legendary creations, the ambitious Scottish general who plots the murder of King Duncan (with a little help from some prophesizing witches and a very cunning Lady Macbeth) in order to take the throne for himself. “Macbeth” might be one of the most alluring Shakespeare’s plays for filmmakers due to its relatively straightforward narrative dealing with political ambition and the psychological breakdown that awaits those who seek power for its own sake and at all costs. It wasn’t all that long ago that director Justin Kurzel took on the play with his Macbeth, starring Michael Fassbender in the title role. The play has once again drawn a filmmaker of immense talent, this time the great Joel Coen, making his first solo feature debut. As you know, it’s usually a movie by the Coen Brothers, with Joel and Ethan working together. The Tragedy of Macbeth was shot entirely on sound stages, marking one of the many points of departure Coen has taken from Kurzel’s muddy, bloody Macbeth.

The teaser is brief. We get a sense of the look of the film, with cinematographer Bruno Delbonnel creating an appropriately shadowy world of dark portents. We also get a glimpse at the sensational cast Coen has assembled around Washington, including Frances McDormand as Lady Macbeth, and Brendan Gleeson as King Duncan. The cast also includes Corey Hawkins as Macduff, Moses Ingram as Lady Macduff, and the man with the magical voice, The Green Knight‘s Ralph Ineson, as the Captain.

You’ll see Washington appear from a dense fog, those prophetic witches standing above a murky pool, and brief shots of Gleeson and McDormand as King Duncan and Lady Macbeth respectively.

The Tragedy of Macbeth hits select theaters on December 25, and Apple TV on January 14, 2022. Check out the teaser below:

Featured image: Denzel Washington and Frances McDormand in “The Tragedy of Macbeth,” coming soon to theaters and Apple TV+.

TAGSApple TV The Tragedy of Macbeth