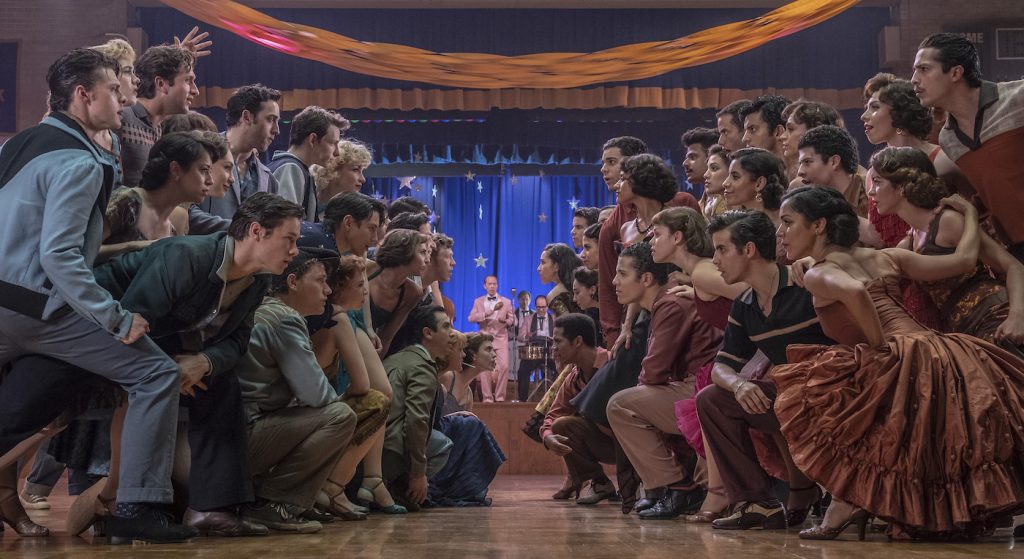 Steven Spielberg’s West Side Story is one of the films we’re most excited about this year. How could it not be? The legendary director is taking on Stephen Sondheim and Leonard Bernstein’s original 1957 Broadway show, the first time West Side Story has graced the big screen since Robert Wise’s adaptation in 1961, which danced and sang its way to 10 Oscars. At long last, we have our first look at the film’s official trailer, which centers on two star-crossed lovers, Rachel Zegler as Maria and Ansel Elgort as Tony.

West Side Story was originally inspired by the doomed, iconic romance at the heart of Shakespeare’s deathless “Romeo and Juliet,” with the Capulets and Montagues replaced here by the rival gangs the Sharks and the Jets. The original musical was written by the aforementioned Bernstein, Sondheim, and Arthur Laurents. Spielberg turned to conductor Gustavo Dudamel to take on Leonard Bernstein’s famous score, while Tony-winning composer Jeanine Tesori is getting the cast’s vocal chops in order. Composer David Newman will be arranging the music. Who better to marshall all of these talented people and reinvigorate one of Broadway’s most enduring classics than Spielberg?

Zegler and Elgort are joined by a phenomenal cast, including one very special addition—Rita Moreno. Moreno won an Oscar for her performance as Anita in the 1961 version, and now she’s back in a new role, playing Valentina, a character previously known as “Doc” in the 1961 version (played by Ned Glass). Valentina will offer guidance to the younger pups now taking center stage—or, screen. Moreno, Elgort, and Zegler are joined by Ariana DeBose, David Alvarez, Mike Faist, Corey Stoll, and Brian d’Arcy James.

Another reason to be excited about West Side Story? Spielberg turned to his Lincoln screenwriter and a legendary playwright in his own regard, Tony Kushner, to pen the script.

Check out the official trailer below. West Side Story hits theaters on December 10.

For more stories on 20th Century Studios, Searchlight Studios, Marvel Studios and what’s streaming or coming to Disney+, check these out: