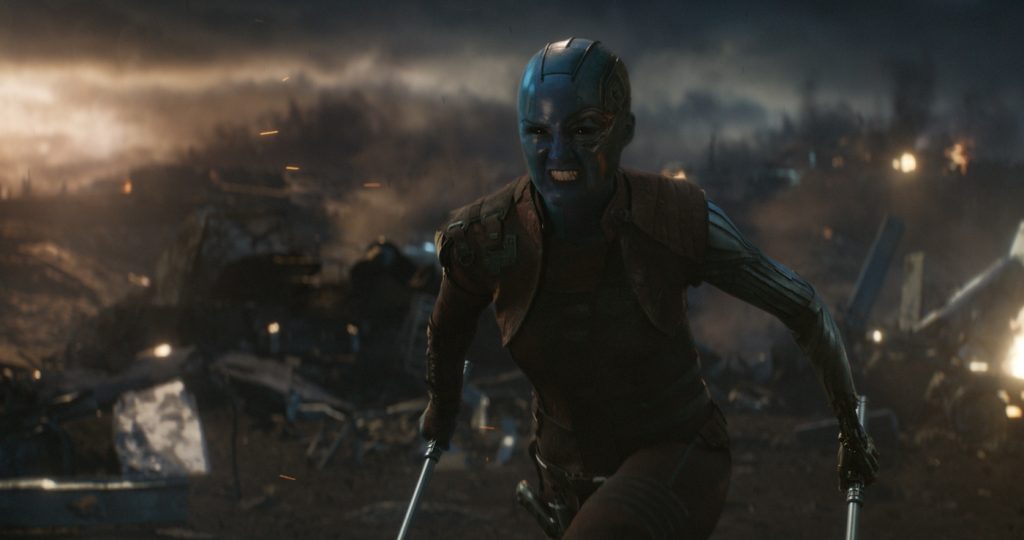 Karen Gillan’s portrayal of Nebula, the blue-tinted cyborg has always been interesting, but now it seems her time has really come. Nebula is arguably one of the most tortured (literally) of all MCU characters, and her character arc has been expansive considering she’s been really bad and, as of late, really good. As Gamora (Zoe Saldana)’s sister and the less-favored daughter of Thanos, Nebula was literally tortured into being. She wasn’t always a cyborg—she was made one by Thanos, piece by piece, every time she lost a fight to Gamora. She’s gone from being a villain in the first Guardians of the Galaxy to one of the most surprisingly likable reluctant heroes in the MCU. In fact, you could argue Nebula was one of the key figures in Avengers: Endgame, and the talented Gillan has given her substance and nuance from the start. So it’s great to hear that Nebula is about to have her moment.

In a tweet, Guardians of the Galaxy mastermind James Gunn said Nebula’s going to have a lot to do in the upcoming Guardians of the Galaxy: Vol 3. Replying to a tweet by ComicBook.com that referred to how Gillan and her co-star, Pom Klementieff (she plays Mantis) were both in tears after reading Vol. 3‘s script. Gunn joked about why that might be, but intimated that both their roles are “pretty huge.”

I hope it’s not because they thought they had too few lines because honestly their roles are both pretty huge and it seems greedy.

Nebula will also appear in Taika Waititi’s Thor: Love and Thunder, which means she’ll be able to explore even more of her personality. We know that in Waititi’s lovingly bonkers world, characters get to show off their more eccentric, colorful side. This is all good news for us Nebula fans. She’s always been an intriguing character, with deep humanity buried beneath all that hard wiring she was forced to undergo by her psychopath father. It’s also interesting that Mantis will have a meatier role in Vol. 3 alongside Nebula—the two couldn’t be more different, but perhaps Mantis’s empathic powers will help draw Nebula out even further.