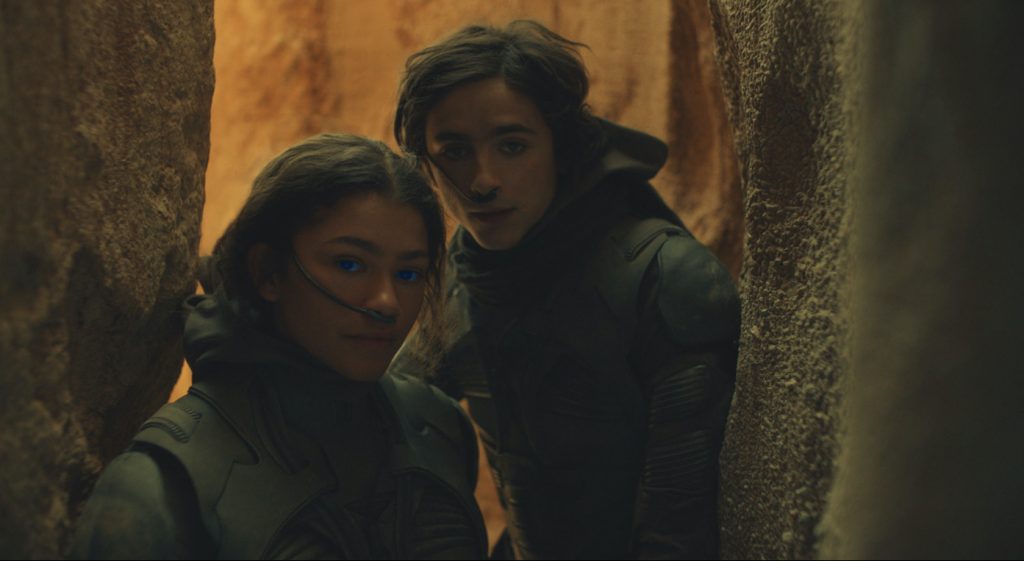 Warner Bros. has just released the official trailer for Denis Villeneuve’s Dune, and it’s safe to say it’ll appease even hardcore fans of Frank Herbert’s original novel. A sweeping intergalactic epic in every sense of the word, Villeneuve’s vision looks ravishing in this extended look. For those of you even casually interested in what a director of his caliber might do with the dense, detailed world Herbert envisioned, this three-plus-minute trailer should be more than enough to get you into a theater this October.

The trailer reveals a ton of fresh footage, and helps spell out the stakes in a much more comprehensive way than we’ve seen thus far. We open on Arrakis, the planet where the natural resource “spice” is so abundant the locals can see it shimmering in the air above the sands. The problem is that spice is the most sought-after substance in the universe, with the ability to expand human capabilities and lifespans, making Arrakis home to invasions from hostile outsiders. This is where Paul Atreides’ (Timotheé Chalamet) comes in. Paul keeps having dreams of a young woman on Arrakis—that would be Chani (Zendaya), who is calling out for him to help save her people and her planet. With the hero’s quest now made clear, the film—originally planned on being the first part of a two-part story—will track Paul’s journey to Arrakis and his defense of Chani and her people.

This is the kind of movie that qualifies as a cinematic event—one intended to be seen in a darkened theater with a state-of-the-art sound system.

Check out the trailer below. Dune hits theaters and HBO Max on October 22.