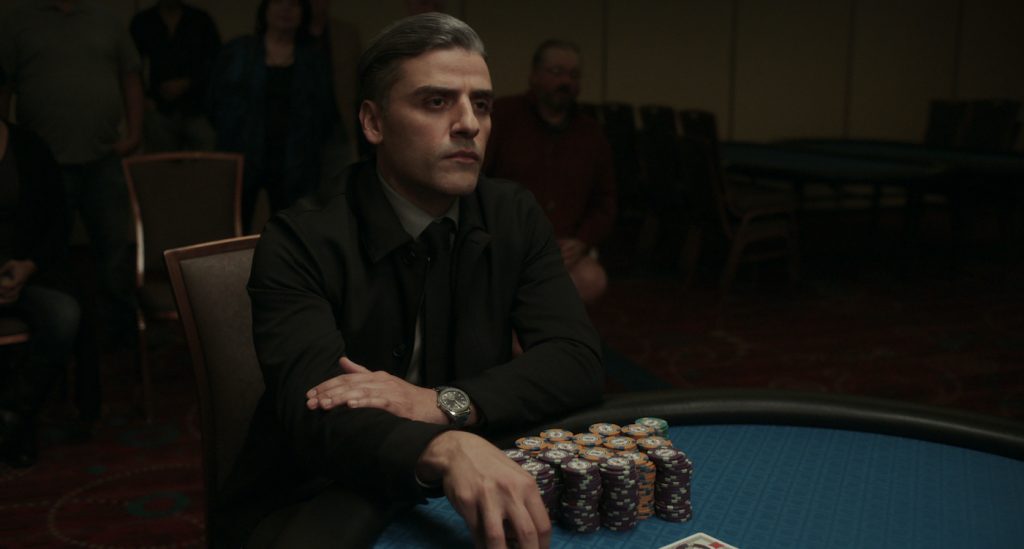 “The Card Counter” Trailer Sees Oscar Isaac Going All In

There are filmmaker’s filmmakers, the kinds of writer/directors admired by their peers, filmmakers who aren’t household names but who quietly, patiently create a body of work that are esteemed by their colleagues and movie lovers alike. Writer/director Paul Schrader is one of those filmmakers, and the trailer for his latest work, The Card Counter, lays out why his new work is one of the most anticipated entrants to this year’s Venice Film Festival.

The Card Counter is centered on the appropriately named William Tell (Oscar Isaac), a former serviceman, and inmate, who learned how to count cards while in prison. This makes Tell a formidable opponent on the poker table, but his past, including some unsavory work for a corrupt fellow military man (played by Willem Dafoe), and his run-in with Cirk (Tye Sheridan), a young man hellbent on revenge, will deal him a hand he can’t fold.

Joining Isaac, Dafoe, and Sheridan is Tiffany Hadish, playing La Linda, a woman willing to stake Tell in his upcoming gambling ventures. She, too, will get involved in the intrigue to come.

The last we heard from Schrader was his potent 2017 drama First Reformed, which starred Ethan Hawke as a minister in a small congregation in upstate New York dealing with his town’s mounting despair. It was a thoughtful, patient, and ultimately powerful story, and we’re betting his latest film, The Card Counter, will be no less compelling. The trailer certainly is.

Check out the trailer below. The Card Counter hits theaters on September 10.

Here’s the logline for The Card Counter:

Redemption is the long game in Paul Schrader’s THE CARD COUNTER. Told with Schrader’s trademark cinematic intensity, the revenge thriller tells the story of an ex-military interrogator turned gambler haunted by the ghosts of his past decisions, and features riveting performances from stars Oscar Isaac, Tiffany Haddish, Tye Sheridan and Willem Dafoe.

Read our interview with Paul Schrader about First Reformed.