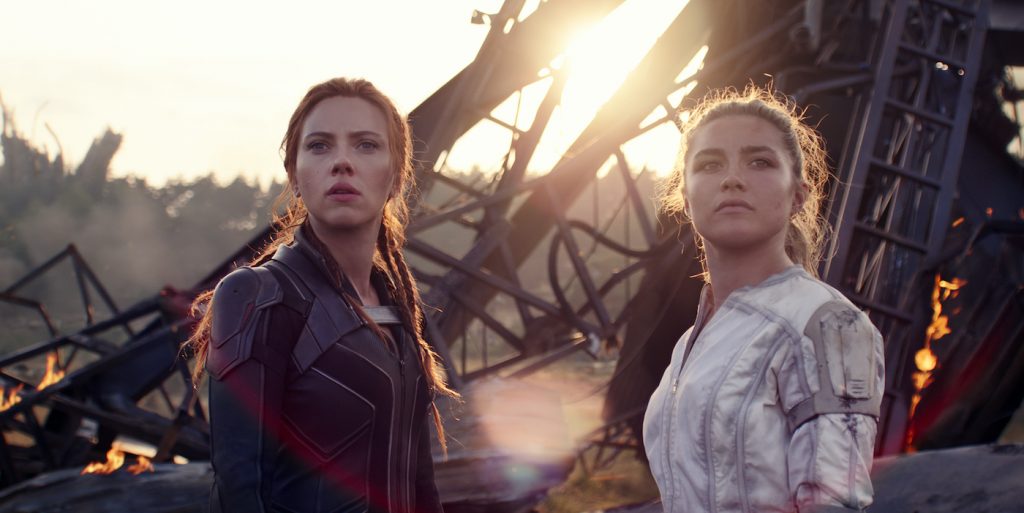 It turns out, people really are eager to get back into the theater. Director Cate Shortland’s Black Widow had a pandemic-era best $80 million opening weekend at the domestic box office, netting the biggest premiere since the pre-pandemic release of Star Wars: The Rise of Skywalker way back in December of 2019. If there were any lingering questions about whether people yearned to see big movies on the big screen again, or, if there were thoughts about the appetite for a female-led superhero film, those, too, seem to have been answered.

It’s not all that surprising given the amount of interest in Black Widow, the great reviews, and the industry standard-bearer for ginning up and retaining fan interest that is Marvel Studios. It’s been two years since the last time Marvel had a film on the big screen, with 2019’s Spider-Man: Far From Home, and there was particular interest in seeing Johansson’s beloved Natasha Romanoff get her own film, at long last, especially after the events of Avengers: Endgame. Still, it’s heartening to see Black Widow do so well. The numbers are robust not just at the domestic box office, but overseas, where the film pulled in $78.8 million from 46 territories, for a worldwide haul of $158.8 million. And in a first, Disney revealed the streaming numbers—Black Widow made another $60 million from Disney+ Premier Access—marking the first time a studio has shared streaming viewership or premium VOD numbers for a movie’s opening weekend. In total, Black Widow earned $218.8 million.

Alan Bergman, Chairman of Disney Studios Content, had this to say in a statement: “It’s incredible to see audiences enjoying Black Widow after two years without a new Marvel Studios film, and this spectacular opening weekend shows just how eager fans have been to see this beloved Avenger in her own story. There’s no question it’s been worth the wait – Cate Shortland, Scarlett Johansson, and the Marvel Studios team have delivered an exceptional film that continues a legacy of creative excellence as the Marvel Cinematic Universe expands and enters a new era.”

Black Widow‘s success nods, one hopes, at a return to something resembling normalcy for filmgoers and the industry itself. Director John Krasinski’s A Quiet Place Part II‘s showing also offers more reasons for hope, as it just crossed the $150 million domestic box office threshold, the first film to do so during the pandemic era. Meanwhile, director Justin Lin’s F9 raced to a $70 million opening and is approaching $150 million domestically.

The recovery is far from complete, with the Delta variant raging and COVID-19 closures still affecting markets worldwide. But as vaccinations increase (both domestically and globally) and studios sharpen their release strategies, these types of healthy openings will hopefully increase.