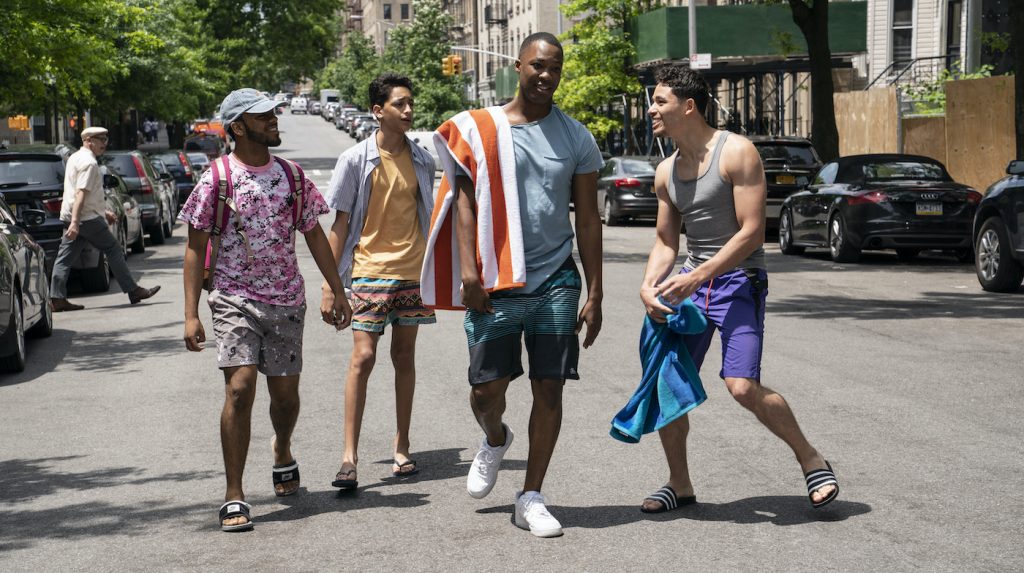 Get a peek at why critics adore In The Heights by enjoying the first eight minutes of the film. Warner Bros. has made the opening available, and we’ve embedded it for your viewing pleasure, and it’ll give you a good sense of why this is going to be such a blast to see on the big screen.

In the Heights is centered on Usnavi (Anthony Ramos), a bodega owner with big dreams living in the largely Hispanic-American neighborhood of Washington Heights in New York City. When we spoke with music supervisor Bill Sherman last Friday (that interview will be published this week), he told us the original inspiration for the off-Broadway play was the music he and his roommate at the time, Lin-Manuel Miranda, would hear on their walk from their apartment on 200th and Broadway to 180th and Broadway, every Sunday night, to watch The Sopranos at Miranda’s parents’ place. Now here we are, some 13-years later, and the film adaptation from playwright and screenwriter Quiara Alegría Hudes and director Jon M. Chu is here. The opening reveals just how seamlessly the transition from stage to screen has been made, from Miranda’s original inspiration to a big, bold film.

Check out the opening here. In The Heights hits theaters and HBO Max on June 11.