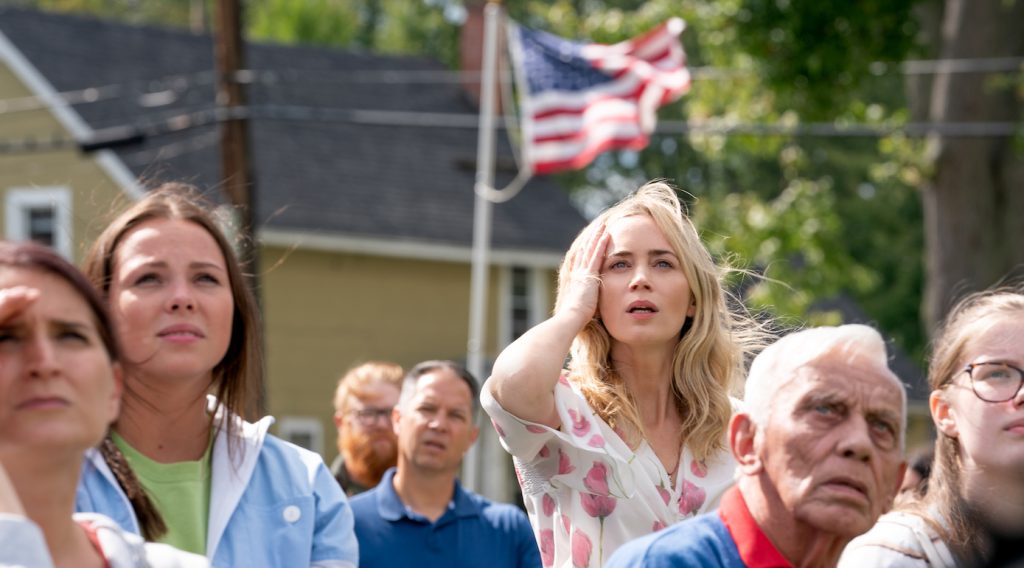 During the pandemic, there were few cultural institutions more emblematic of the new normal of social distancing and quarantining than the closed movie theater. The darkened theater used to symbolize the start of the movie when you could finally slide your phone into your pocket, settle into your seat, and prepare to enjoy a communal experience with your fellow film lovers. For the past year, the darkened theater symbolized the cessation of normal life. But now, at long last, theaters are back. Movies are back. And Matthew McConaughey (and a bunch of his friends) are here to tell why that’s so important and exciting.

The Big Screen Is Back is a campaign organized by a broad coalition of studio executives, theater owners, cinema circuits, and the Motion Picture Association. Today, an in-theater gathering at AMC Century City in Los Angeles for the press will include a peek at studios’ upcoming movie slates, including fresh footage, as part of the celebration of our return to the movie theater. The effort began back in late April, when a “The Big Screen is Back” PSA featuring McConaughey played during the Oscars pre-show. McConaughey’s focus wasn’t on the unrivaled magic of seeing a film in a theater (we’ll get to that) but on the lifeblood that theaters are to the American workforce. More than 150,000 Americans work in the theater industry, and the pandemic was, in McConaughey’s telling, “the longest intermission they could have ever imagined.” The PSA introduces us to some of those folks, many of whom have made careers working in movie theaters (including one adorable couple who met at the theater and eventually got married):

And what films will help usher in this return to the big screen? Beautifully, some of the biggest, most popcorn-worthy titles imaginable. Over Memorial Day Weekend, John Krasinski’s A Quiet Place Part II and Craig Gillespie’s Cruella will hit theaters, both promising the kind of eye-popping entertainment meant for the theater experience. In the coming weeks and months, major titles like F9, In The Heights, Black Widow, Space Jam: A New Legacy, The Green Knight, The Suicide Squad, and Candyman will be playing on movie screens near you.

“After a year-and-a-half of theater closures, restrictions, consumer confusion, and moving slates, this event is meant to be a joyful celebration of the industry that we all love — one that includes entertainment press gathering together to celebrate the reopening of theaters nationwide this summer,” The Big Screen Is Back organizing committee said in a statement. “There is a lot to be excited about and much for audiences to look forward to this summer.”

No matter how good your home entertainment system is, it simply can’t compete with the theater experience. And it’s not just the size of the screen, the quality of the picture, or the total immersion the sound system creates, but the experience of watching a movie with other people (those not listed on your lease or living in one of your bedrooms, that is). But don’t take our word for it—there will be plenty of new, riveting videos, teasers, and trailers released in the coming days and weeks to remind you. Or, you can just re-watch Marvel’s Phase 4 teaser again. The big screen is back, folks.