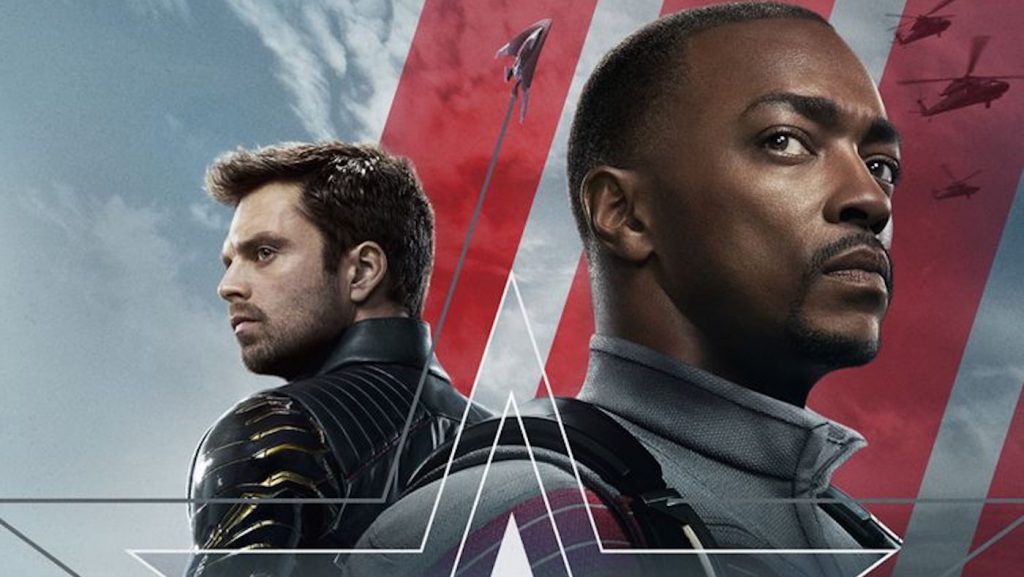 If WandaVision is Marvel’s weird, wonderful, and supremely odd shot on Disney+, you can think of The Falcon and the Winter Soldier as the chaser. Whereas WandaVision is centered on a loving (if fantastically bizarre) couple in Wanda Maxmimoff (Elizabeth Olsen) and Vision (Paul Bettany), The Falcon and The Winter Soldier‘s duo are the bickering odd couple. The Falcon, known to his family and friends as Sam Wilson (Anthony Mackie), has never gotten along all that well with Bucky Barnes (Sebastian Stan). They’ve straight-up fought in Captain America: The Winter Soldier (2014), and they’ve argued and made fun of each other in Captain America: Civil War (2016). Yet begrudgingly, the two have become very capable partners when it comes to fighting bad guys. Also, unlike WandaVision, which runs at around 30 minutes an episode, The Falcon and The Winter Soldier will consist of six hour-long eps. Now, we’ve finally got a look at the official trailer, and it’s a doozy. These two frenemies will herald in the second Marvel series to land on Disney+ when the show premieres on March 19.

Another major point of departure between WandaVision and the new series will be the amount of action you can expect. The Falcon and The Winter Soldier is an straight-up action-adventure series, and our two heroes have an identifiable villain to face down in Daniel Brühl’s Baron Zemo. The last time we saw Zemo, he was trying to get the Avengers to kill themselves in Captain America: Civil War. He very nearly succeeded. Iron Man tried his level best to kill The Winter Soldier, and then Iron Man and Captain America nearly killed each other. The film ended with the assorted supes making up (but The Winter Soldier lost an arm in the process), and Zemo seemingly caught. Think again.

The series comes from Malcolm Spellman, with Kari Skogland (The Walking Dead) directing the episodes. It’s set after the events of Avengers: Endgame, which means our two hereos are short an Iron Man and a Captain America in their corner. Zemo no longer seems like the willy civilian with an ax to grind like he did in Civil War—now he seems like an outright Marvel supervillain, as he was in the comics.

Featured image: Sebastian Stan is Bucky Barnes and Anthony Mackie is Sam Wilson in “The Falcon and The Winter Soldier.” Courtesy MarvelDisney+.