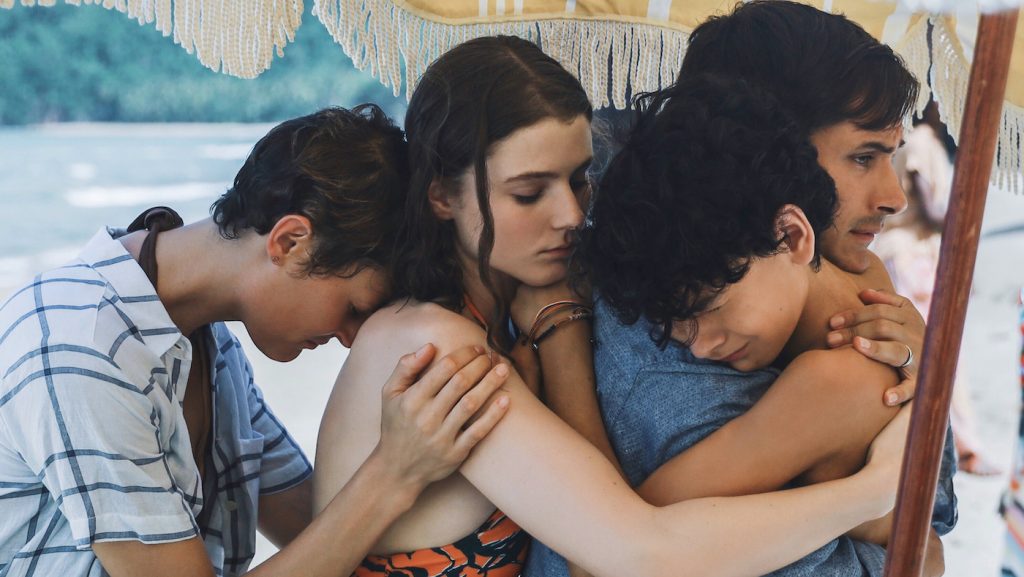 It’s only a bite-sized teaser, but it’s enough to let you know that yes, this is an M. Night Shyamalan movie, and yes, uncanny, unnatural, and unnerving things will happen posthaste. Old originally began its life as a graphic novel, which means that we actually have some cause to suspect we might know a little bit more about the perpetually secretive Shyamalan’s new film. But, alas, we really don’t. Shyamalan adapted his script from the French graphic novel “Sandcastle” by Pierre Oscar Levy and artist Frederick Peeters, but apparently, it was more of a loose “inspired by” rather than a straight adaptation. Collider reported that Shyamalan received “Sandcastle” as a Father’s Day gift and was so enamored with the premise that he purchased the rights to it, ultimately leading to his script. The graphic novel is described as an existential horror story, which is obviously right in Shyamalan’s wheelhouse. Yet because we also know that Old is inspired by “Sandcastle” rather than drawn directly from it, that means this teaser is the best we have to go on. And it’s deeply creepy!

And what we do learn in the teaser? That we’ve got a family at the center of this story, played by a fabulously talented group of actors, who are about to have a terrible day at the beach. Gael Garcia Bernal, Vicky Krieps, Luca Faustino Rodriguez, and Thomasin McKenzie have ventured to a beautiful, secluded spit of sand. Only it’s not that secluded, considering others have found their way to this tropical idyll. What looks like it’s going to be a gorgeous day in the sand and the surf turns immediately Shyamalanian when the family discovers that people on the beach age at terrifying rates. One second you’re a kid, the next you’re an adult, and the second after that? Well, the trajectory isn’t promising.

Old is slated for a theatrical release on July 23. Check out the Super Bowl teaser below:

This summer, visionary filmmaker M. Night Shyamalan unveils a chilling, mysterious new thriller about a family on a tropical holiday who discover that the secluded beach where they are relaxing for a few hours is somehow causing them to age rapidly … reducing their entire lives into a single day.