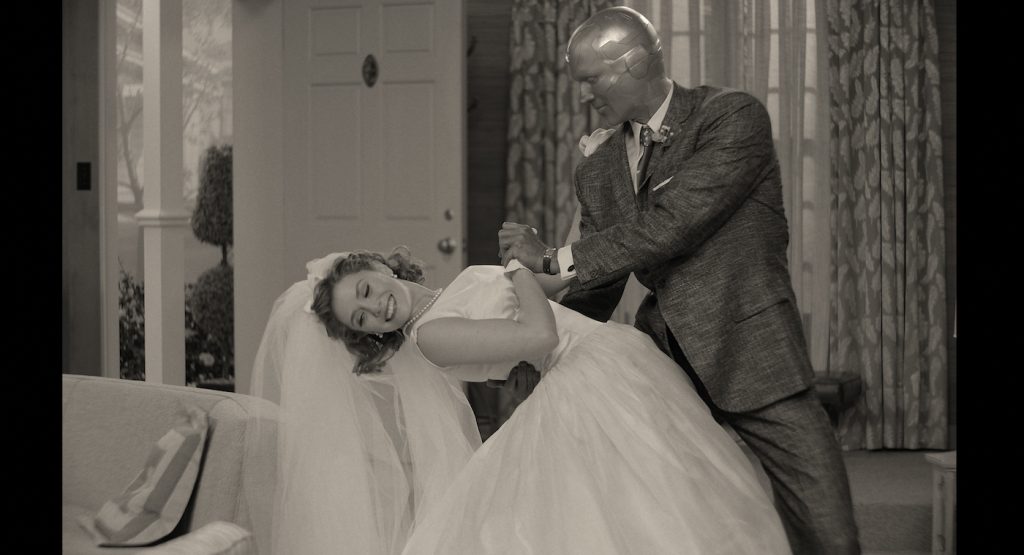 Earlier this week we got the initial reactions to Marvel’s WandaVision, the super studio’s first series on Disney+. Those reactions were hugely positive. Now, the more fulsome reviews are coming in, and they’re just as positive. Showrunner Jac Schaeffer and director Matt Shakman took a big swing—thanks in no small part to Marvel Studios president Kevin Feige’s involvement—and the result is something entirely new. New, but still connected to the larger MCU, a crucial point.

By now, we assume you know the gist of the show’s premise—Wanda (Elizabeth Olsen) and Vision (Paul Bettany) are living in some bizarro-world of sitcoms passed. They’ve got the creeping sensation something isn’t quite right, and where exactly they are, and what it means for the larger MCU, is a big part of the mystery surrounding the series.

So let’s take a quick, spoiler-free glance at what the critics are saying.

Liz Shannon Miller, Collider: “No MCU project has had this level of creative ambition to date, and that’s something to celebrate.”

Hoai-Tran Bui, /Film: “The Marvel formula has become predictable enough that anything that was due to shake it up could only be seen as a good thing. And in that regard, WandaVision is almost too much of a good thing — a total rejection of what’s expected of a Marvel Studios project that is so weird and surreal, it feels like you’ve wandered into an episode of The Twilight Zone. The classic series, that is.”

Daniel Fienberg, The Hollywood Reporter: “WandaVision may not be weirder than Guardians of the Galaxy, which still has a talking raccoon and an adolescent sapling, but there’s something creatively courageous about handing a postmodern exploration of sitcom conventions to an audience expecting snazzy suits and explosions.”

Sam Barsanit, AV Club: “WandaVision is tapping into a power that the MCU has been sitting on for a decade, and like Wanda ripping Thanos apart in Endgame, it’s about time we see what this thing can really do.”

Brandon Katz, Observer: “WandVision works best precisely because it is unlike anything the MCU’s model has ever produced before.”

Ed Power, Daily Telegraph: “As a loving pastiche of creaky American sitcoms WandaVision is endearing. And Olsen and Bettany are clearly having a hoot in their retro frocks and dad sweaters. But it’s that rising dread that will bring Marvel fans scrambling back for more.”