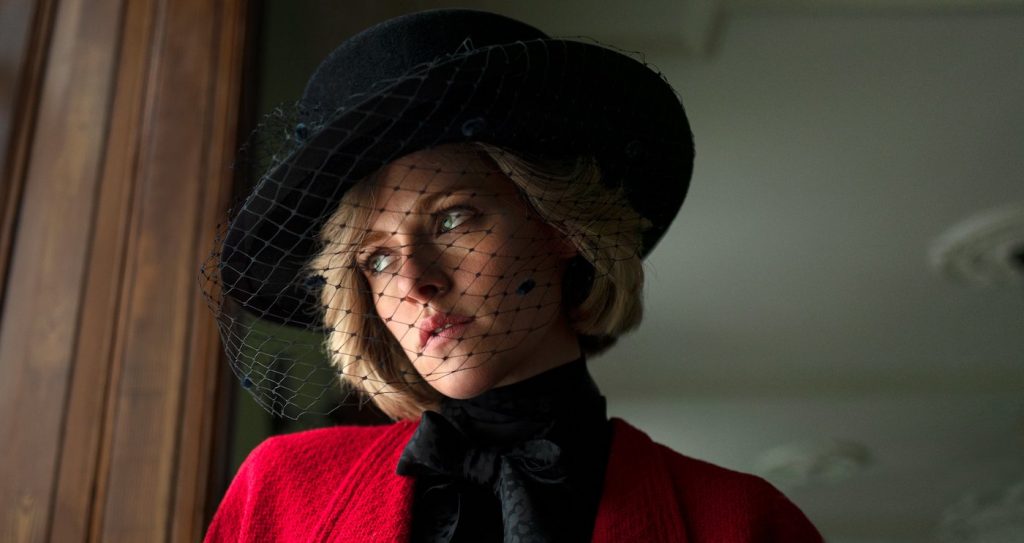 The first image of Kristen Stewart as a young Princess Diana in Pablo Larraín’s Spencer is a visual reminder that this is one of the more intriguing films slated for 2021. Stewart and Larraín have teamed up to tell a story about a very specific time period in Princess Diana’s life—the weekend when she decided she was going to leave Prince Charles.

First, check out the full image from Neon:

Stewart certainly looks the part. And as an actress, she’s already proven, time and again, that lots of people underestimated her when they thought she’d be known, in perpetuity, as Bella from the Twilight franchise. In film after film, Stewart has proven what a formidable talent she is. She’s also had impeccable taste on which directors she’s worked with, from Olivier Assayas to Kelly Reichardt. Larraín is the latest auteur Stewart’s teamed up with, and their collaboration, and the material, make Spencer a very intriguing addition to the year’s slate.

Spencer was written by Peaky Blinders creator Steven Knight and takes place over a single Christmas Holiday when Diana makes the fateful decision to end her marriage to Charles. Stewart joins a robust list of performers who have played the iconic Diana, most recently Emma Corrin in The Crown and, taking over for her in the final two seasons, Elizabeth Debicki. Stewart, however, is the first American to take on the role. She is also arguably the performer who could possibly relate most of all to the crushing scrutiny Diana faced as a young woman, considering the near-hysteria over the mega-popular Twilight and its’ leading lady.

Stweart is joined by Timothy Spall (The King’s Speech), Sally Hawkins (The Shape of Water), and Sean Harris (Mission: Impossible – Fallout), although we’re not yet sure what their roles will be. Here’s what Stewart had to say in an official statement:

“Spencer is a dive inside an emotional imagining of who Diana was at a pivotal turning point in her life. It is a physical assertion of the sum of her parts, which starts with her given name: Spencer. It is a harrowing effort for her to return to herself, as Diana strives to hold onto what the name Spencer means to her.”

Here’s the official synopsis. Spencer is due for a release sometime in the fall of 2021.

“December, 1991: The Prince and Princess of Wales’ marriage has long since grown cold. Though rumours of affairs and a divorce abound, peace is ordained for the Christmas festivities at Sandringham Estate. There’s eating and drinking, shooting and hunting. Diana knows the game. This year, things will be a whole lot different.”