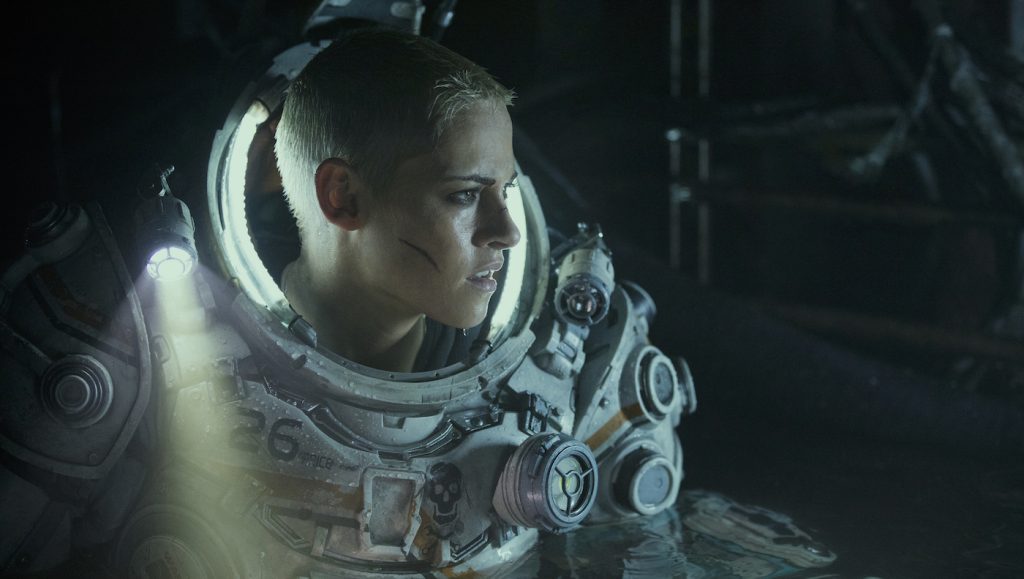 The first three months of the year were once a bit of a wasteland for film releases, but that was then. In just the past four years, Tim Miller’s Deadpool, Jordan Peele’s first two features, Get Out and Us, and James Mangold’s Logan have all been released early in the year’s schedule. Which brings us to William Eubank’s Underwater, starring Kristen Stewart as Norah, a member of a research crew deployed to the very bottom of the ocean to ply their trade. Naturally, disaster strikes (in the form of an earthquake), but that’s only the beginning of their problems. Their deep-sea vessel is badly damaged, which itself is a fatal problem considering they’re 7 miles beneath the surface. What’s worse, however, is that the earthquake has awakened something that begins hunting the terrified crew. A new clip gives you a taste of Eubanks’ thriller. Might Underwater be another satisfying cinematic jolt to start off a year? What we’ve seen thus far is certainly promising:

Adding to the hope for Underwater is how enthused Stewart herself has been about the film. Yes, she’s starring in it and therefore has to promote it, but she seems genuinely enthusiastic and excited about the film. Speaking with Entertainment Weekly last year, she described Underwater as a “dark, scary meditation on isolation.” It’s terrifying enough to be trapped on the ocean floor with a bunch of increasingly freaked out strangers, but how about being stalked by some primordial creature? “The underlying story of [disrupting] something that really should be left in its natural state, and what you can unearth — that’s what keeps it scary,” Stewart told EW.

Underwater has been slow to surface. It was shot back in 2017, and Stewart told EW she’s excited that it’s about to see the light of day after a grueling shoot:

“I haven’t made a movie of this scale maybe ever. It was not an easy movie to make — really long and just drippy and cold and f—ing hard. I want to see how we all reacted in such precarious circumstances. It really pulls out the best and worst parts of people.”