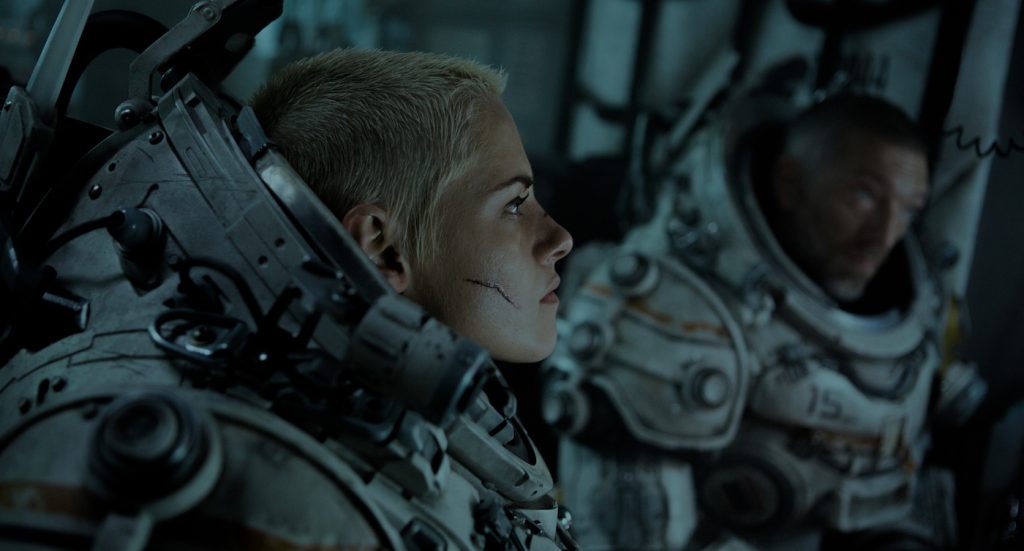 Kristen Stewart has so successfully navigated her post-Twilight career that any film she’s in warrants interest. She has starred in a bevy of excellent films, including working with the great Olivier Assayas on two recent films; Personal Shopper (2016) and Clouds of Sils Maria (2014). Stewart will be an Angel later this year—she’s one of the leads in Elizabeth Banks’ upcoming Charlie’s Angels reboot due in theaters on November 15, 2019. For William Eubank’s Underwater,  the talented actress is going the thriller route, this time in an Abyss-like deep-sea freakout. Her character Norah is among a crew of underwater researchers who are deployed to the very bottom of the ocean to do their work. That’s when an earthquake badly damages their underwater lab and traps them, which would be bad enough considering they’re 7 miles beneath the surface. What’s worse, however, is that the earthquake has awakened something that begins hunting the terrified crew. Stewart stars alongside Vincent Cassel, Jessica Henwick, Mamoudou Athie, and T.J. Miller.

Speaking with Entertainment Weekly, Stewart described the film as a “dark, scary meditation on isolation.” Being trapped on the ocean floor with a bunch of strangers would be bad, but being stalked by some primordial creature is several thousand times worse. “The underlying story of [disrupting] something that really should be left in its natural state, and what you can unearth — that’s what keeps it scary,” Stewart told EW.

The film was shot back in 2017, and Stewart told EW she’s excited it’s finally being released and to see how it all came together after a very tough shoot:

“I haven’t made a movie of this scale maybe ever. It was not an easy movie to make — really long and just drippy and cold and f—ing hard. I want to see how we all reacted in such precarious circumstances. It really pulls out the best and worst parts of people.”