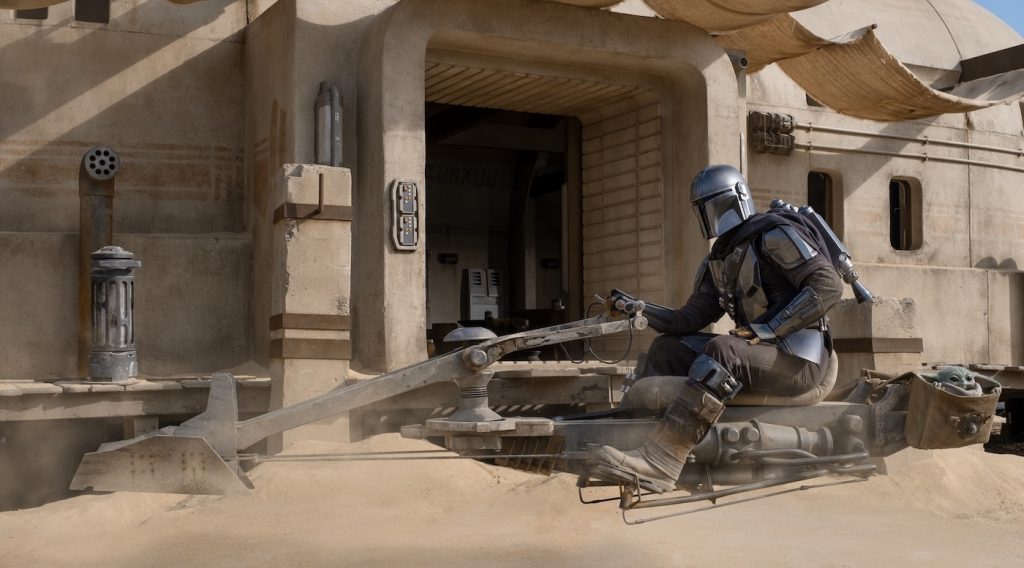 “The Mandalorian” Releases Action-Packed Teaser Ahead of Premiere

We are a mere ten days away from the premiere of season two of The Mandalorian. To that end, Disney+ has released a new teaser that leans heavily into the series’ ripping action. Considering our hero is the titular legendary bounty hunter (Pedro Pascal), it should come as no surprise that it would be filled with blaster fights and cantina brawls. Yet season one was a revelation due to how gobsmackingly beautiful it looked (thanks in huge part to The Mandalorian team’s bespoke technology, The Volume). So, this teaser is a nice reminder that while The Mandalorian is a thing of beauty to behold, it’s also got plenty of breathtaking thrills to boot.

The new teaser opens with a warning from a pair of X-Wing fighters. They want the Mandalorian’s Razor Crest to “stand down.” We know that our guy started breaking rules back in season one when he refused to turn over The Child (Baby Yoda, of course) to folks who didn’t have the little guy’s best intentions at heart. Which brings us to the action in season two. Now, the Mandalorian is tasked with reconnecting The Child with his people—the Jedi—in what will be an even more dangerous adventure than protecting him was in the first place.

While the teaser starts with the X-Wing chase, it ends with a more familiar foe—TIE Fighters—bearing down on our jet-packed hero. Good luck catching him.

The Mandalorian season two premieres on Disney+ on October 30. Check out the new teaser here:

For more on The Mandalorian, check out these stories: