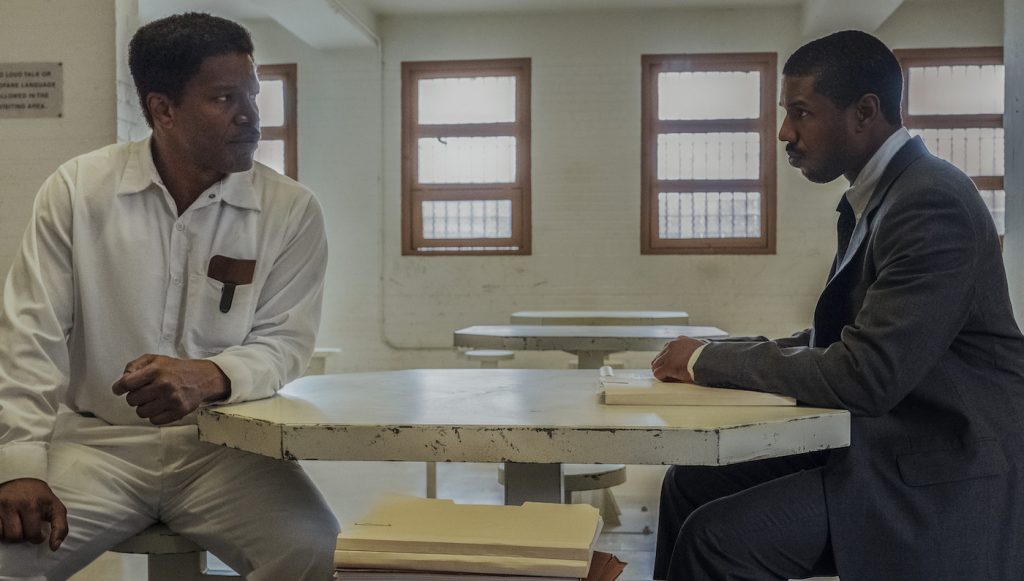 Warner Bros. Has Made Just Mercy Available to Rent For Free

When we interviewed Just Mercy director Destin Daniel Cretton back in January, we, of course, had no idea that the world was going to change so drastically shortly after the film’s January 10 release. First, it was the spread of COVID-19, which has taken the lives of more than 100,000 Americans, disproportionately affecting Black, Hispanic, Latino and Indigenous communities. Then, it was the murder of an unarmed Black man, George Floyd, by members of the Minneapolis Police Force, leading to widespread protests that have sprung up all across the country against police brutality. Floyd’s murder was, crucially, caught on camera. A little less than five months after we spoke to Cretton, his film has gained even more resonance. Resonance Just Mercy didn’t need, quite frankly, considering the reality of police brutality and the inherent racism of our judicial system have been issues in America for as long as there have been police, district attorneys, judges, and juries.

At the time, Cretton told us about the moment he learned about Bryan Stevenson, the founder of the Equal Justice Initiative, and the man the film is based on. It was way back in 2015, several millennia ago, when Cretton came upon Stevenson’s incredible book.

“I was sitting in a coffee shop in LA called the Bourgeois Pig when I opened up a book called Just Mercy by Bryan Stevenson,” he told our writer Chris Koseluk. “As soon as I started reading, I couldn’t put it down.” At the time, Cretton was building a name in Hollywood as the writer/director of Short Term 12 and The Glass Castle, and once he read “Just Mercy” he said he knew he had to bring Stevenson and his work to movie audiences. “I was never expecting that a book about incarceration and slavery would leave me feeling so connected to humanity and inspired to get involved. I immediately wanted to do whatever I could to help tell this story.”

That was only a few months ago—but another lifetime ago. America is now facing, yet again, a reckoning with another murder of an unarmed Black man, which came on the heels of several other high profile murders of unarmed Black people—Breonna Taylor shot in her home by police officers in Louisville, Kentucky, and Ahmaud Arbery shot by a former officer and his son while jogging in Satilla Shores, Georgia, to name two.

To that end, Warner Bros. is making Just Mercy free to rent. Considering the film is focused on Stevenson’s early career (played by an excellent Michael B. Jordan), and his defense of an innocent Black man on death row, Just Mercy serves as a vivid portrait of the rot in America’s justice system. Here’s the statement from Warner Bros.:

A post shared by Warner Bros. Entertainment (@warnerbrosentertainment) on Jun 2, 2020 at 12:00am PDT

If you’re Instagram-averse, here is their full statement:

“We believe in the power of story. Our film Just Mercy, based on the life work of civil rights attorney Bryan Stevenson, is one resource we can humbly offer to those who are interested in learning more about the systemic racism that plagues our society. For the month of June, Just Mercy will be available to rent for free across digital platforms in the US. To actively be part of the change our country is so desperately seeking, we encourage you to learn more about our past and the countless injustices that have led us to where we are today. Thank you to the artists, storytellers and advocates who helped make this film happen. watch with your family, friends and allies. For further information on Bryan Stevenson and his work at the equal justice initiative please visit eji.org.”