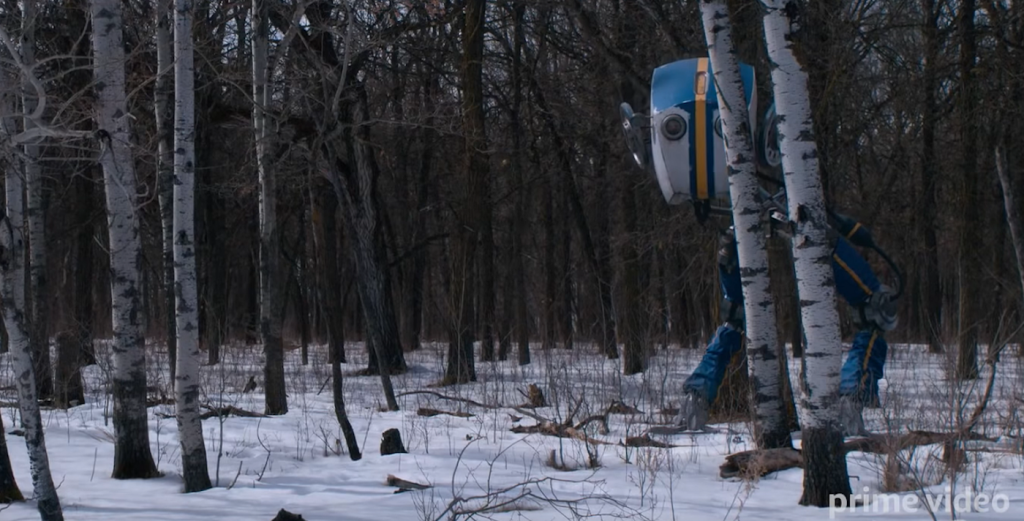 The new trailer for Amazon Studios Tales From the Loop is a gem. It’s surprisingly low on dark visions of some future apocalypse or robots run amok. Instead, this understated but visually arresting 97-second glimpse gives us a taste of a show the streaming service is hailing as a “groundbreaking drama series.” Tales From The Loop comes from Matt Reeves, director of the upcoming The Batman, and is inspired by the art of Simon Stålenhag. Stålenhag is not only a co-executive producer, and he also created key art for the series. Add to these two genuinely interesting creatives a stellar cast and you’ve got plenty of reason to be intrigued.

Here’s how Amazon describes the show: “Tales from the Loop explores the town and people who live above ‘The Loop,’ a machine built to unlock and explore the mysteries of the universe — making things possible that were previously relegated only to science fiction. In this fantastical, mysterious town, poignant human tales are told that bare universal emotional experiences, while drawing on the intrigue of genre storytelling.”

Considering that sci-fi is arguably the most malleable genre, it’s exciting to see a series embrace the more elegiac, humanistic side. Tales From The Loop seems to offer many of sci-fi’s most beloved tropes, including a lovable colossus of a robot, time travel, and more, but it appears pitched at a lower key, focusing instead on the human experience of the fantastic and inexplicable.

The pilot was directed by Mark Romanek (Never Let Me Go).

Check out the trailer below. Tales From The Loop premieres on Amazon Prime Video on April 3.

TAGSAmazon Studios Tales of the Loop