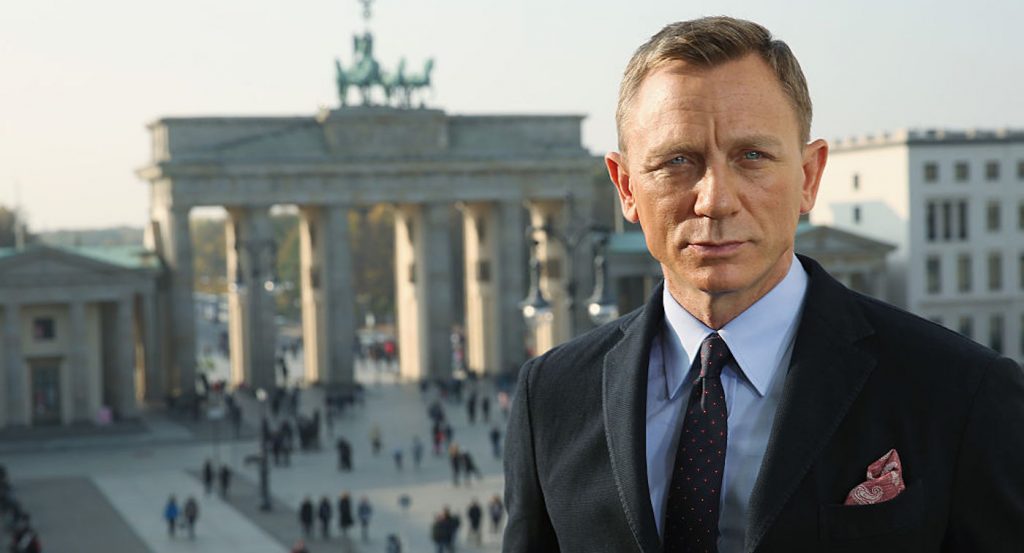 Who Was the Real James Bond?

Today is unofficially James Bond Day. That’s because we got our first glimpse at the trailer for No Time to Die, the 25th installment in the Bond franchise. Directed by Cary Joji Fukunaga and starring Daniel Craig in his fifth mission as Bond, James Bond. Beginning with 2006’s Casino Royale, Craig has embodied the super spy in Quantum of Silence (2008), Skyfall (2012), Spectre (2015), and now No Time to Die. There is perhaps no character on the planet with better name recognition than James Bond, which brings us to the question—where did his creator, Ian Fleming, get the name?

That’s the question posed in today’s New York Times, at the end of their Daily Briefing. The Times Daily Briefing always concludes with a “And Now the Backstory On…” coda. Today’s focused on the story we’ve long heard about the origin of Bond’s name. The Times’ Chris Stanford writes:

“The writer behind the super spy, Ian Fleming, was also an avid bird watcher. On a trip to Jamaica after World War II, he spotted a book, ‘Birds of the West Indies,’ by an ornithologist from Philadelphia, who happened to be named James Bond.”

The story goes that Fleming was immediately taken by the name. Stanford continues with a letter Mr. Fleming wrote to the ornithologist’s wife:

“It struck me that this brief, unromantic, Anglo-Saxon and yet very masculine name was just what I needed.”

But what if that’s not the case? Fleming was a naval intelligence officer for England during World War II, involved in things like, wait for it, Operation Goldeneye. Stanford points out that last year the BBC revealed that newly released records showed that there was an intelligence officer who served under Fleming in a “secret elite unit that led a guerrilla war against Hitler.” That officer’s name? James Bond.

This James Bond was a Welsh metal worker who never told anyone about his work during the war, according to his family. What’s more, his family believed that Fleming’s entire story about the ornithologist from Philadelphia was a “classic red herring” to keep the real James Bond’s identity a secret.

It’s likely we’ll never know definitively which Bond, the ornithologist from Philly or the intelligence officer who worked under Fleming, was the real inspiration for the name of one of cinema’s most iconic characters. Yet considering Fleming’s career in both intelligence work and crafting the deathless spy series, we think the red herring theory makes the most sense.

No Time to Die hits theaters on April 8.

For more on No Time to Die, check out these 8 new photos, perhaps re-watch the trailer, check out the new character posters, this bite-sized teaser, the big reveal of the film’s title, and read about one incredibly intriguing possibility for what happens next in the Bond franchise.

Featured image: BERLIN, GERMANY – OCTOBER 28: (EXCLUSIVE COVERAGE) Daniel Craig poses with the Brandenburg Gate behind during a photocall prior the German premiere of the new James Bond movie ‘Spectre’ at Hotel Adlon on October 28, 2015 in Berlin, Germany. (Photo by Sean Gallup/Getty Images for Sony Pictures)