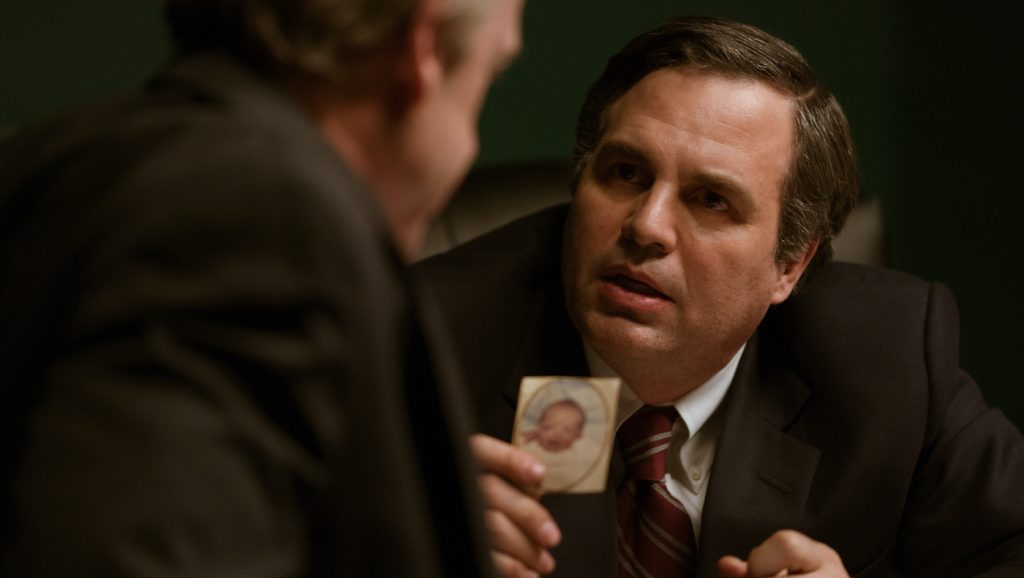 There are a number of reasons why Oscar-winning production designer Hannah Beachler wanted to be involved with Dark Waters, the latest film from director Todd Haynes. The first was the subject matter.

Based on a true story, Dark Waters follows lawyer Rob Bilott’s (Mark Ruffalo) 17-year quest for justice after he discovers that DuPont may be poisoning the small West Virginia town of Parkersburg by dumping toxic chemicals into its soil. Reminiscent of such social activist dramas as Norma Rae, The Insider, and Erin Brockovich, Beachler believes Dark Waters has an important message.

“The story is obviously very relevant to all of the things that are affecting us and we are fighting for right now,” says Beachler. “I knew it would make people curious. It began way before DuPont. But the film shows that we’re not talking about pollution over the last five years; we’re talking about it over the last eighty years.”

After creating the epic world of Wakanda for the blockbuster comic book film Black Panther, and winning an Academy Award for Best Production Design in the process, she was intrigued by the idea of getting back to her indie roots. The tone and spirit of Dark Waters reminded her of the films she built her career on, such as Fruitvale Station and Moonlight.

“I needed this,” continues Beachler. “I think after something like Panther that was so out there and so huge, I needed to come and do something from the world that I came from. It was important that I work on something like this to keep using my creative muscles instead of ‘Oh, we’ll fix it with effects.’”

But the main reason Beachler was excited to lend her talents to Dark Waters was the opportunity to work with Haynes. “I have a dream list and he’s a filmmaker that really influenced me,” she says. “I said to my agent at the time, ‘Oh, you know. I want to work on a Todd Haynes movie…wink, wink.’ I never thought it would come through because Mark Friedberg usually designs for Todd. And then my agent said, ‘Hey this just happens to be open.’”

When Beachler and Haynes met to discuss Dark Waters, the two hit it off immediately. By the end of the conversation, the job was hers.

“He’s a cool cat. That’s the only way to describe Todd,” continues Beachler. “He’s just super funny. And he knows what he wants. And he knows the story he is directing so well. He really knows how to talk to you and articulate his vision and then really be open to what you are saying.”

Beachler began her process by visiting the locales where the actual story unfolded. She met with Bilott, who was still at the same offices in Cincinnati where he had worked the case. As soon as she saw the space, Beachler knew it would look great on film. “It is so 90s,” she says. “The architecture of that law firm is so wild.”

Traveling to Parkersburg, West Virginia, Beachler visited the farm of Wilbur Tennant. It’s Tennant who first made Bilott aware that something was amiss when he showed the lawyer that almost two hundred of his cattle had mysteriously died. Tennant, played by Bill Camp in the film, has since passed away, but Beachler was able to meet with his brother and take a tractor ride around the farm. She also toured the small town and talked with a variety of residents.

It was easy for her to relate. This wasn’t Beachler’s first tractor ride. “I come from rural Ohio,” she says. “I grew up with horses and my neighbors were cattle farmers. I understand small towns. When I say small towns, I mean like a population 1000 — and that’s considered big.”

Haynes, Beachler, and cinematographer Edward Lachman all agreed that the look should be as authentic as possible to emphasize the real-life aspect of the story. Beachler felt they could do that with a color palette that alternated between cool and warm tones. She established a consistency by mirroring the colors in such key locations as Bilott’s upper-middle-class home where he lived with his wife Sarah (Anne Hathaway) and Tennant’s farm, which was farther down the economic ladder.

“We used the same colors in every space in the sense that they both have the same things but on a different income level,” explains Beachler. “So it wasn’t as if we were dividing up Cincinnati and Parkersburg. It was sort of a social-economic exercise, but not putting a judgement on either one by the way you’re making it look.”

For the Parkersburg scenes, Beachler and Lachman also worked to create the sense that even the very air was ominous. Through the colors she chose and the way he shot it, they made it look as if it were unhealthy to breathe.

Aside from for some second unit photography in Parkersburg, Dark Waters was primarily filmed in Cincinnati. The majority of the scenes were shot in practical locations.

Beachler found a farm that was about to be leveled and her team transformed it to stand in for Tennant’s farm. The task required a complete restoration of the barn and a new top for the silo. “Wilbur’s house was sort of falling in on itself,” she adds. “We rebuilt the structure, opened up a couple of rooms, did a lot of cleanup, paint, and shoring because it was set for demolition and we had to make sure that it was obviously safe. There was a lot of work that went into that farm.”

As the story spans 17 years, creating a continuity flow proved challenging. But Beachler had an edge, as she came of age in the late 1990s when Dark Waters’ story begins. But she does admit, it was a bit of a jolt to realize that look is now considered retro.

“I was in college and getting all the 90s stuff,” remembers Beachler. “And now, this is vintage and I’m like, ‘Oh my Lord!’ And the fact that it was period — how do we handle that? It’s not a period that we often see — the late 90s, early 2000s. We wanted it to be subtle. So we really had to think about that and how we were going to transition everything throughout the years.”

The Bilott’s home became a great place to show the passage of time. Considering that Sarah is a successful lawyer in her own right, a socialite and very fashionable, the scenes in the house could reflect the changing style trends over the years.

When the story shifted to the 2000s, the rooms became very clean. The wallpaper came down and was replaced with paint. Stainless steel came into style during that decade, so Beachler updated all the kitchen appliances to reflect this. The light fixtures were changed. New curtains went up.

“I had a lot of fun with her house,” continues Beachler. “We did the hunter greens and the maroons that were very popular — the granite countertops, the stains. So there were all these little things that got changed as time went on. It was a continuity nightmare, but we managed.”

As it plays such a key role in the film, it was decided that the law firm’s conference room should be built on a soundstage. This expanded the shooting options for these scenes. Beachler designed the set so that walls could be moved to give Lachman more flexibility with the camera. Because there was no ceiling, he incorporated a sweeping crane shot.

Haynes came up with an idea to angle the glass panels of the walls so that the movement on the other side appeared distorted. “Because we’re in it for so long, he wanted to keep it interesting,” Beachler says. “You’re seeing the bodies move by, but you’re not really seeing them. There were shots where you see people in silhouette. So I mixed the glass with the architecture in a way that just doesn’t block somebody out but reveals and then hides them. It goes back to the theme that everything is sort of hidden. Nothing is clear.”

Overall, Beachler couldn’t be happier with her Dark Waters experience. Not only did she get to cross off a director on her dream list, but she also made a good friend in the process.

“Sometimes you feel like you’ve known someone forever and that’s how I feel about Todd,” says Beachler. “That’s how I feel about Ryan (Coogler) and when I worked with Beyonce. You kind of just settle in, like you do with your favorite sweater. You feel good and you feel warm and it’s giving you confidence and it’s protecting you. And you do your best work.”