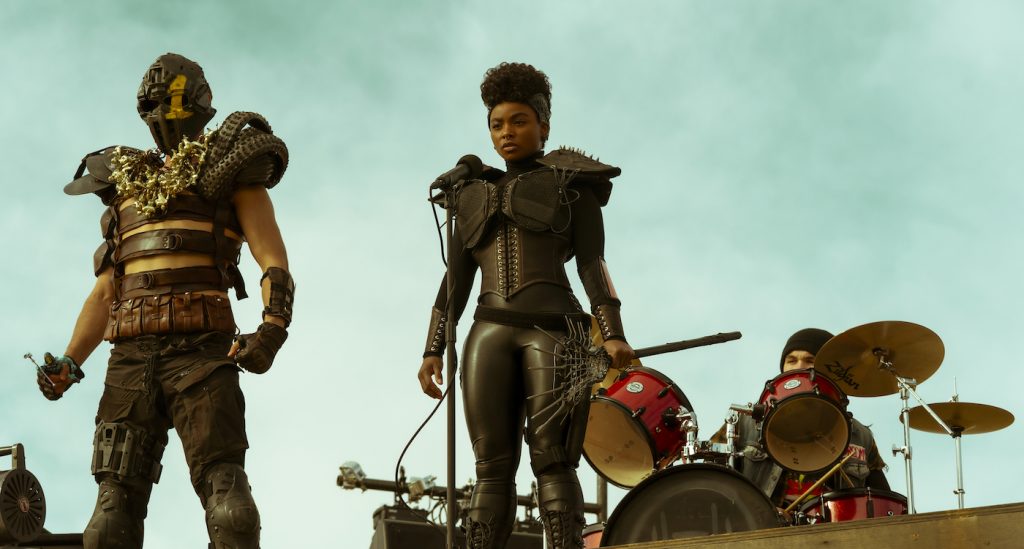 Netflix‘s upcoming teen apocalypse series has a little something for everyone. Fans of George Miller’s Mad Max: Fury Road, Alexander Payne’s Election, iconic 1980s flick Ferris Bueller’s Day Off and pop music, in general, are going to find something they like in Daybreak. Netflix has gotten good—very good—at creating series based on teenagers en extremis. The Society, 13 Reasons Why and To All the Boys I’ve Loved Before are well well-crafted and wildly different. Daybreak is another mold-breaker with a lot of potential.

The series is set in Glendale, California, and stars Matthew Broderick, the man who re-invented teenage precocity in Ferris Bueller’s Day Off and then returned to high school as a disenchanted teacher in Payne’s seminal 1999 teenage screamer Election. Here, Broderick has been promoted to principal, and stars alongside Krysta Rodriguez, Sophie Simnett, Austin Crute, Alyvia Alyn Lind, Cody Kearsley, Jeanté Godlock, and Gregory Kasyan. Check out the trailer here:

High school isn’t the end of the world… until it is. In this post-apocalyptic, genre-bending series, the city of Glendale, California is populated by marauding gangs of jocks, gamers, the 4-H Club, and other fearsome tribes who are kicking ass as they fight to survive in the wake of a nuclear blast (on the night of Homecoming…ugh). Following an eclectic group of survivors as they navigate this strange and treacherous world, Daybreak is part samurai saga, part endearing coming-of-age story, and part Battle Royale. This Generation A series (A for Apocalypse! Get it?) is rated TV MA.