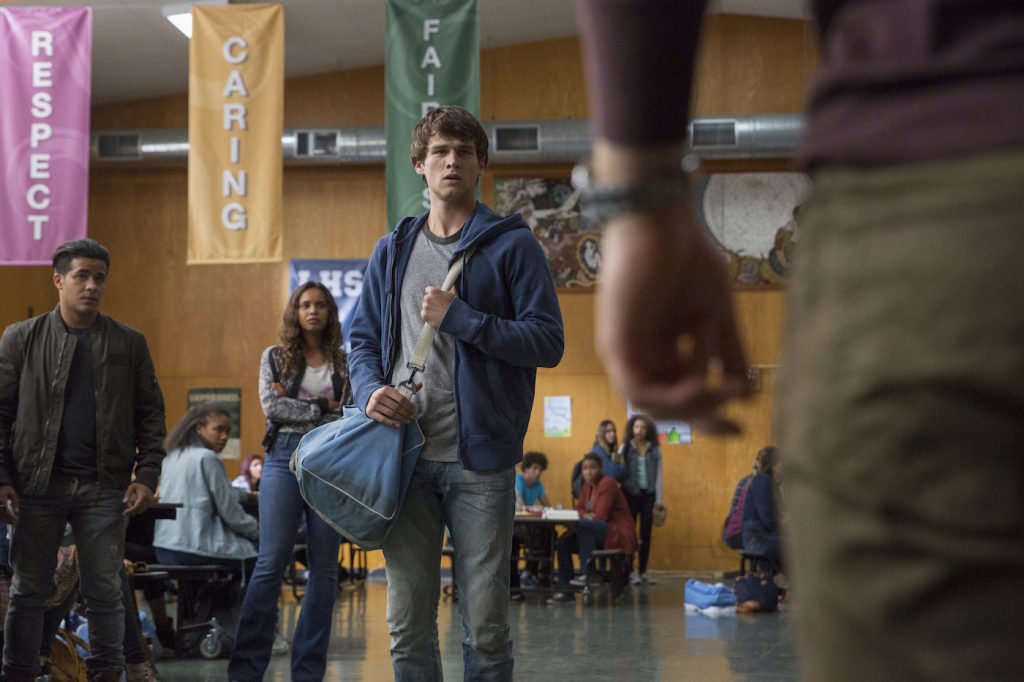 Netflix’s hit show 13 Reasons Why has had its share of controversy from the beginning. The show centers around teen character Hannah Baker’s suicide, how various traumatic experiences led to her deciding to end her life, and how friends and classmates deal with the knowledge that they potentially had a hand in her decision. Though mental health professionals and other groups have had concerns around the depiction of rape, bullying, suicide, and gun violence, the series has been lauded by critics and fans alike for its unflinching portrayal of the challenges for teens living every day with school shootings, social media harassment, and continued peer pressure.

A major aspect of expressing the emotional truths represented in the show is in the choice of the songs used each episode. That is a task for the music supervisor, which in this case is Season Kent, who in February won Best Music Supervisor in a Television Drama at the Guild of Music Supervisors Awards, for her work on the show (the second season became available for streaming on May 18). The Credits spoke to Kent, and she offers insights into the process behind building this fascinating and essential aspect of the highly emotional show.

13 Reasons Why is a moody, intense show, and the music really feeds into. You have used music by musicians who either did actually kill themselves, who have a history of depression, or have publicly discussed the challenges of mental illness. Can you speak to those choices, especially in light of the controversy?

When Brian Yorkey (our creator/showrunner) and I had initial conversations, the post punk world of the 80s was where he wanted the sound and tone of the show to be, partially due to the analog world we live in with the tapes, and partially as a fan of that genre for his storytelling purposes. We are telling the story of these kids and their emotional states through lyrics, instrumentation, tempo, arrangements and specific tones, so obviously the emotional expression of many of these artists was the fit we were looking for, in a very honest and genuine way. Our goal is never to go after artists with their specific mental illness issues as the driving force to pair with our show. We are trying to be true to these characters’ emotions in the most honest and relatable way we can. Depression is a horrible disease, and one we hope our show helps bring into the conversation more, especially with teens.

How is the way you structured the music in season 2 different or an expansion on season 1?  Are there key moments you’re particularly proud of in the second season’s music?

We set our palette in season 1 with our 80s-sounding post punk world, so when starting season 2, we wanted to expand on that, but make sure things still lived in our world. 80s punk and the 80s bright synth-y John Hughes vibe lended itself to the storytelling in season 2. We went with many classic choices in the punk vein from X, Buzzcocks, Circle Jerks, Agent Orange, Gang of Four and in our John Hughes vibe with Orchestral Manoeuvres in the Dark, to those newer bands who are influenced by this sound – Haerts, Future Islands, Bleachers, Pale Waves, Parade of Lights, Twin Shadow.

Besides the choices already mentioned, I really love the use of “Rise” by Public Image Ltd.  Our character Clay decides to release Hannah’s tapes anonymously on the internet.  The song starts over him hitting the “send” key tab to post them up, and we cut to the black, and the episode ends on a huge cliffhanger.  We hear Johnny Rotten’s voice singing “I could be wrong, I could be right” – we are completely living in Clay’s head, and the tone of this song has such a driving, exciting, butterfly kind of feel to it.  This song was one of several choices I presented to Brian.  It was my favorite, and his too!

Putting songs into a show can have a huge impact on their popularity and success. What’s been the biggest success in your mind of the integration or storytelling power of a song you placed in 13 Reasons Why so far, and why?

From the beginning of this show, Brian and I have always wanted the best songs in the show. We wanted the ones that enhance our storytelling, and capture the true emotion in a very featured way. The exciting part about that is more creative freedom. We aren’t looking for the biggest, most well-known song, we are just looking for great songs.

I see it as opportunity to introduce an audience to a new song, a new band, or a new sound they would have never experienced before. This is the reason I’m doing what I do, the reason I got into this business. Of course without our showrunner Brian, none of this would be possible. From day one, the use of music has always been a priority for him.

As far as our biggest success story, it would be Lord Huron for sure, with an album track from a record that was released 3 years ago. The song played a huge role in our storytelling for episode 105, and connected so well with our audience. The song went platinum, and our show had a great deal to do with that. The exposure for them became life-changing.

We have had a few of these moments in Season 2 as well, including episode 203’s “Promise Not To Fall” by Human Touch, which has already been charting huge on the Spotify Global Charts, and episode 206’s “Your Love” by Haerts, which is already at over 1.7M streams. And there is also episode 213 with Billie Eilish and Khalid.  Both of them have great success on their own, now they have their song from our show, “Lovely” at 43M streams. These numbers are after only 2 weeks of our show going up on Netflix. It’s incredible how these songs connect so well with our audience!