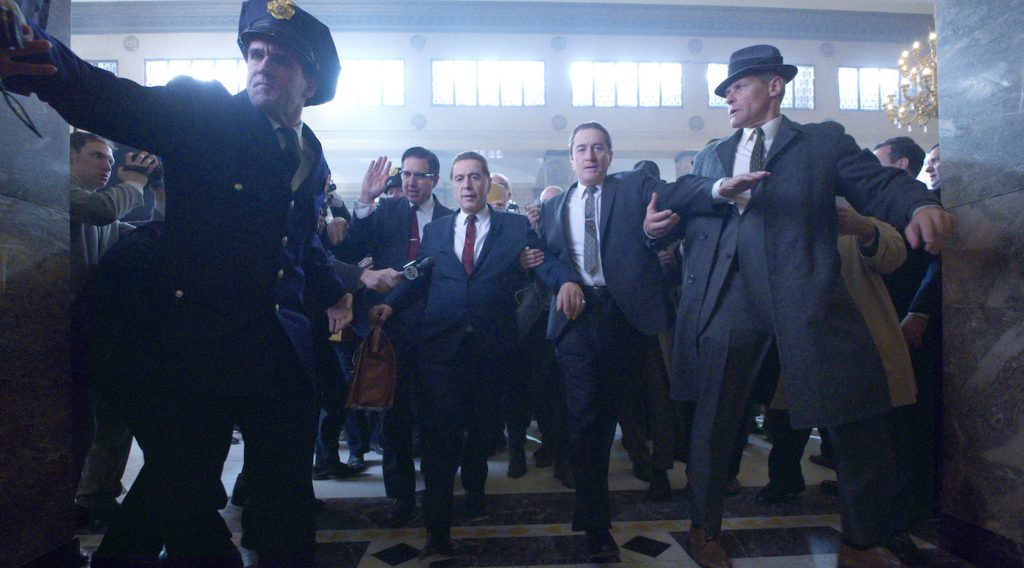 If any director was going to see his film be the first-ever to play at the historic Belsaco Theater on Broadway in New York, it would have to be Martin Scorsese. The legendary auteur’s upcoming (and highly touted) The Irishman will be the first film to play in the Belasco’s 112-year history. Netflix is providing the theater with state-of-the-art equipment for the screenings, which are set to run for a month, from November 1 to December 1.

“We’ve lost so many wonderful theaters in New York City in recent years, including single house theaters like the Ziegfeld and the Paris,” Scorsese said in a press release. “The opportunity to recreate that singular experience at the historic Belasco Theatre is incredibly exciting. Ted Sarandos, Scott Stuber, and their team at Netflix have continued to find creative ways to make this picture a special event for audiences and I’m thankful for their innovation and commitment.”

“It’s an immense honor for The Irishman to be welcomed to the Belasco – an iconic and historic landmark fit for Scorsese’s latest cinematic achievement,” Scott Stuber, head of Netflix Film, said in the same press release.

Scorsese’s film is focused on Frank Sheeran (Robert De Niro) and utilizes cutting-edge technology to render the cast many years younger then they are now. The film spans decades as Sheeran looks back on his career as a driver and hitman for the mob. Sheeran was a World War II vet who found his way into the employ of Russell Bufalino (Joe Pesci), the head of the Bufalino crime family. Thanks to Bufalino, he’s eventually connected to the legendary Teamsters president Jimmy Hoffa (Al Pacino). Hoffa famously disappeared and is widely believed to have been murdered, but no one has ever been convicted and his body has never been found. The Irishman is based on Charles Brandt’s book “I Heard You Paint Houses,” in which Sheeran had claimed to have killed Hoffa in 1975.

If you’ve got an opportunity to catch the screening in New York, tickets will be available through Telecharge. They go on sale next week.