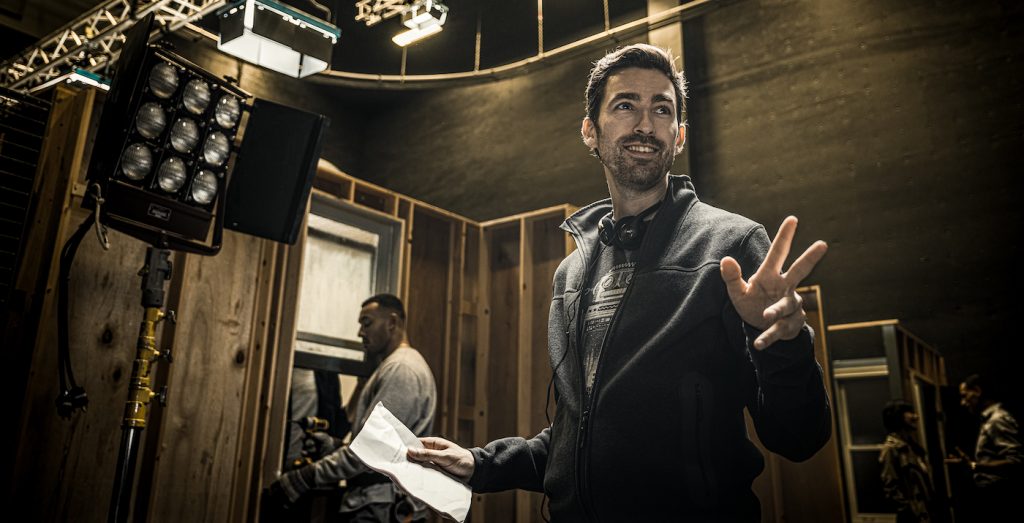 Director Zach Lipovsky on Becoming and Believing in Canadian Filmmakers

Alejandro González Iñárritu’s epic The Revenant about fur trappers in the icy forests of South Dakota and Montana in 19th century was filmed largely in British Colombia and Alberta. Andy Muschietti’s It and It: Chapter Two, set in the fictional Derry, Maine, was filmed largely in Ontario. These films, and many, many other made-in-Canada productions, utilize Canada’s talented local film crews, natural splendor, and tax incentives.

Vancouver-born writer/director Zach Lipovsky wants more Canadian directors to benefit from the growing opportunities to live and work in Hollywood North. He’s leading the charge on efforts to shine a spotlight on untapped director talent, and a big part of that is making it easier for L.A. studios to find them.

Let’s start at the beginning—how did you first get involved in the entertainment industry?

The broad version is that I started as an actor when I was very young. My mom was a TV producer for a local network in Vancouver. She was doing educational programming, and as a single mom she couldn’t afford daycare, so she had me act in all her stuff. So I grew up on set, sleeping under the AVID. I loved what was happening behind the camera, and realized from a young age that if you handed in a video for a project at school you got an A, so I started making lots of videos.

By the time I graduated high school, making movies is all I wanted to do. I started making shorts, with real crews. My first big break was a competition in Vancouver called the Crazy8s, one of the biggest short film competitions in the country. Each year the industry picks six directors to mentor filmmakers to make six films, and spotlight them to the entire city. It’s now an organization I’m quite involved with.

What was your short about?

It was a one-take movie about a guy trying to get to his wedding; he wakes up in his underwear [he’s late for his own nuptials]. It’s Indiana Jones-style, running under ladders, fighting burglars, etcetera.

That sounds more intense than Temple of Doom.

Then in 2007, there was a competition from Steven Spielberg that everyone in the world that was an indie filmmaker heard about, The show was called On the Lot. It was on Fox, produced by Mark Burnett (Survivor, The Apprentice) in collaboration with DreamWorks. The prize was a development deal with DreamWorks. So there was like 12,000 applicants, and I ended up being the only Canadian to get in. I eventually made to the top 50, then 20, then into the top 10. I ended up coming in 5th and met someone who became very important in my journey later, Adam Stein, who came in 3rd. We became best friends. Everyone was saying I was going to be directing a $100 million movie in the next six months.

But that’s not quite how things turned out…

I had this great reel, but we went right into the writing strike of 2007 and then into the recession of 2008, so I didn’t end up working for like four years. I did a lot of commercials, and pitching, and writing scripts that didn’t get made, but it was the worst time in history to have your break.

Where were you at the time?

I was living in L.A., about $40,000 in debt, maxing out my credit cards. Then I got this job to direct a TV movie for the Sci-Fi channel [as it was spelled then before it became SyFy]. I was very grateful for That. Yes, it was far from the $100 million action movie, but I did the best I could. Then I did a TV movie called Tasmanian Devils. Work leads to work; it’s just getting that first one that’s the tough part.

This is when you found your pot of gold?

I did Leprechauns: Origins [2014] for Lionsgate. It was a reboot of the Leprechaun franchise, straight to home video. It didn’t turn out great, but I learned a lot. I was slowly working my way up the ranks of being a working director.

That movie led to doing a film for Crackle and Sony, Dead Rising: Watchtower, based on a very popular video game. It was very successful for Crackle, so they greenlit a sequel. That was the first movie I made that I was with a group of people letting me doing my thing, I was involved with the creative, and it turned out better than the other two.

Then simultaneously something very strange happened, and it kind of led to me having two careers. I’d done three horror films in a row, not necessarily because I loved horror films, but when you do one thing people hire you to do it again. Out of the blue, I’d been meeting with everyone I could, taking people out to lunch, and this one woman I’d been taking out to lunch happened to be in a phone call with someone at Disney, and they needed a guy who was in Vancouver and also knew visual effects. She knew the perfect guy! They called me in to do this pilot for Disney XP, a show called Mech-X4, which is like Pacific Rim but for kids. I did the pilot, which led to doing the series as the producing director, and then we did two seasons of that.

This sort of highlights how your ‘big break’ is usually precipitated by a bunch of smaller breaks and a ton of hard work.

A few things happened on that show. I’d been working more and more with my best friend Adam [Stein] on smaller stuff, so I hired him to direct the series with me. I also created the shadow program, which is how I became close with Nimisha [Mukerji]; we’re working with Disney and putting a directing shadow onto every single episode.

In this case, they were all female shadows. Back then it was hard to find female directors, only because, unlike male directors, where there was someone on every level of experience, on the female side, there were five women who were extremely experienced, and then women with only one credit— there was no middle ground. We couldn’t afford the really experienced people, so we created this shadow program to help train and find female directors. We put one on every single episode of the show, and Nimisha was one of them and ended worked her but off, and got chose to direct one of the episodes. She is now working a lot, which is a great example of the program’s success.

This series led to a great relationship with Disney. Adam and I next directed a film for them called Kid Possible, which was the live-action adaptation for their hugely popular animated series. We also started co-writing and directing an indie film in our voice, to get more creative ownership over the process. We called in all our favors and made this little indie called Freaks, which had its world premiere at TIFF in 2018, and was bought within 24 hours of its screening. It’s coming out on September 13th in 100 theaters. This really changed the game for us. Now Adam and I are writer/directors, authors, and creators.

And you’ve also got another role, working with the Director’s Guild of Canada. How did that come about?

I joined because I had to in the beginning, and then slowly I became more involved. Now I’m on the Chair of the Director’s Caucus that represents all the directors in the province. The huge thing we’ve been working on is an initiative called “Just Watch Us.” It’s all about BC directors stepping out of the shadows together, and individually, to help our LA-based partners in production find us. The production volume is here and so is a growing appetite among content creators for new, diverse talent – which makes it a great time to profile our untapped directing talent!

Tell me more about what you’re doing to help Canadian directors get discovered?

Unlike Canadian crews, who live here and are hired here by producers, it’s a bit harder to land work as a director in Canada because it’s the L.A.-based studios that hire us. So we’ve traditionally had to go to L.A. to get hired in B.C. I’m very grateful for my MPA relationships and want more Canadian directors to have the same kind of opportunities I’ve had.

What we’re trying to do is increase the percentage of B.C. directors working in B.C. by building relationships in L.A. and making it really easy for studios to find us. We’re doing training, and we’ve built a website called directors.ca, that allows studios to search and filter for whatever kind of director they’re looking for. You can enter into the site, ‘I want a director who has directed kids, has VFX experience and is repped by CAA,’ and it’ll filter that for you. “The Just Watch Us” campaign is all about profiling how great we are!