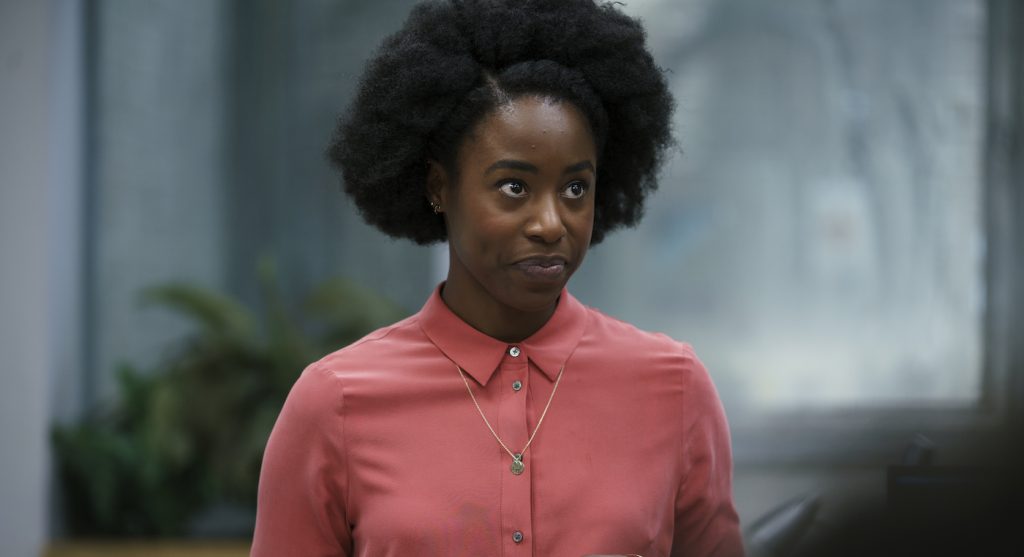 Kirby Howell-Baptiste’s signed onto Disney’s live-action take on Cruella, which will give 101 Dalmatians villain Cruella de Vil an origin story, with the queen of mean to be played by Emma Stone. We’re not sure who Howell-Baptiste will be playing yet, but the Killing Eve star is in according to Variety. Let’s hope the talented Howell-Baptiste gets to spar with Stone’s Cruella, who will be a punk rock version of the villain. (Stone appeared in a video message during the D23 Expo this past August to reveal the first look at her Cruella.)

Howell-Baptiste has been on the rise for a while. She’s proven herself a nimble performer on Killing Eve, Why Women Kill and The Good Place. She’ll be joining Stone, Emma Thompson (as the Baroness), Joel Fry (as Jasper) and more in I, Tonya director Craig Gillespie’s film. How they plan on tackling an origin story for the villain who we first met in Disney’s 1961 animated classic remains unknown for now. What we do know is that not only is cast is shaping up, so is the crew. Gillespie has tapped his Oscar-nominated I, Tonya editor Tatiana S. Riegel, as well as production designer Fiona Crombie, was also nominated for an Oscar for her work on The Favourite. The ingredients are in place for this to be a live-action origin story worth exploring.

The British actress has also had recurring roles in Bill Hader’s excellent Barry on HBO, and on Hulu’s Veronica Mars. Will she be friend or foe of Cruella? What we do know is that the film is set in the 1970s, which places it as being along the same timeline as the 1996 live-action remake of 101 Dalmatians in which Glenn Close starred as Cruella.

The script comes from Tony McNamara, and the film is slated for a May 28, 2021 release.