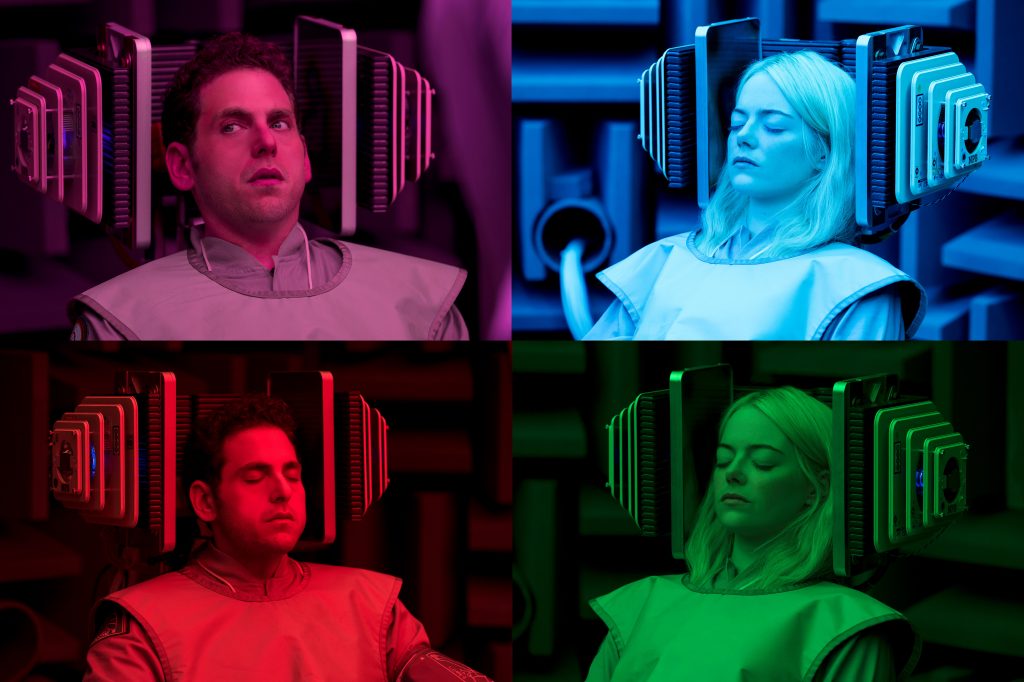 Probably not. But the psychological tests they’re submitted to in Netflix’s new dark comedy Maniac do sound a bit like the ones in the Blade Runner movies. And in the limited series, the pair play two strangers who you could say are malfunctioning—one is heartbroken, and the other is possibly schizophrenic.

The teaser makes it clear from the start that this will be a show that picks up the malleable nature of the mind and runs with it. The droning voiceover from The Leftovers’ Justin Theroux and the bold, nearly psychedelic colors that filter the images hint that Maniac will be a visual as well as a mental head-trip. And the man behind the camera, Cary Fukunaga, is perfect for the job. Previously directing the stellar first season of True Detective and Beasts of No Nation, along with co-writing It, Fukunaga is well versed in creating illusions and building tension.

Here’s the story synopsis, via Netflix:

Set in a world somewhat like our world, in a time quite similar to our time, Maniac tells the stories of Annie Landsberg (Emma Stone) and Owen Milgrim (Jonah Hill), two strangers drawn to the late stages of a mysterious pharmaceutical trial, each for their own reasons. Annie’s disaffected and aimless, fixated on broken relationships with her mother and her sister; Owen, the fifth son of wealthy New York industrialists, has struggled his whole life with a disputed diagnosis of schizophrenia. Neither of their lives have turned out quite right, and the promise of a new, radical kind of pharmaceutical treatment—a sequence of pills its inventor, Dr. James K. Mantleray (Justin Theroux), claims can repair anything about the mind, be it mental illness or heartbreak—draws them and ten other strangers to the facilities of Neberdine Pharmaceutical and Biotech for a three-day drug trial that will, they’re assured, with no complications or side-effects whatsoever, solve all of their problems, permanently. Things do not go as planned.