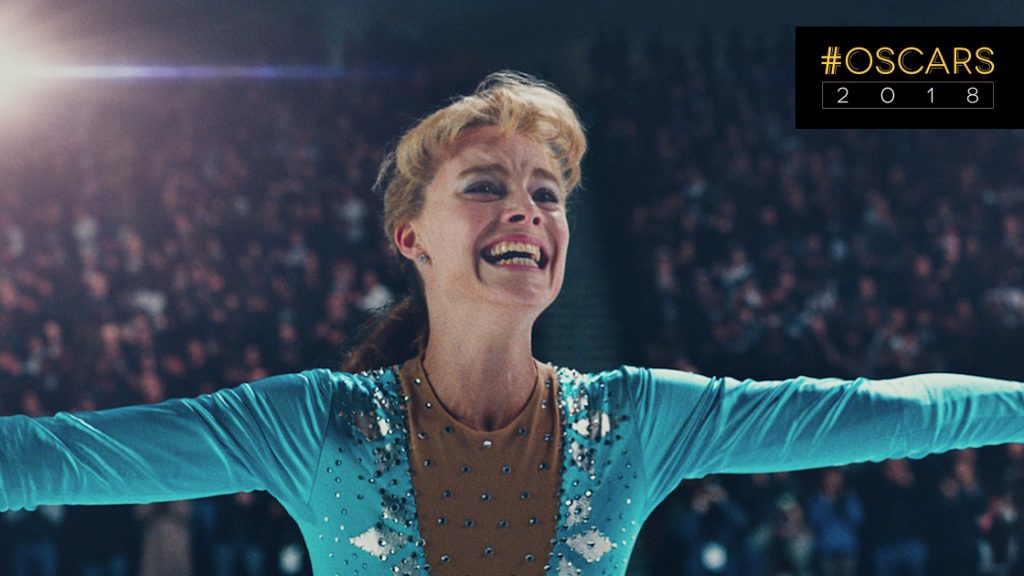 I, Tonya‘s Oscar-Nominated Editor Tatiana S. Riegel on What Makes a Scene Work and Why

As part of our Oscars week coverage, we’re re-posting our conversations with some of this year’s Oscar-nominees, while publishing new interviews throughout the week. I, Tonya Editor Tatiana S. Riegel is nominated alongside Paul Machliss & Jonathan Amos (Baby Driver), Lee Smith (Dunkirk), Sidney Wolinsky (The Shape of Water) and Jon Gregory (Three Billboards Outside of Ebbing, Missouri).

One could make a case that the most competitive category in the upcoming Oscars isn’t for best picture or best director, but for film editing. Your nominees represent a fantastic cross section of genres and styles—Baby Driver‘s insanely perfect music-to-mayhem editing; the gorgeously cut, perspective-swapping World War II epic Dunkirk; the feverish revenge drama Three Billboards Outside Ebbing, Missouri; and the perfectly paced, dreamy and dread filled The Shape of Water. Joining this group is Oscar nominee Tatiana S. Riegel, whose work editing I, Tonya was absolutely crucial to the film’s glorious mashup of styles, fourth wall breaking madness and perspective jockeying. Of all the nominated editors, Riegel’s work spanned multiple genres (farce, comedy, drama, tragedy) and tones. Told from the varying points of view of the main characters, I, Tonya took a subject Americans thought they knew well (the rise and spectacular fall of Olympian and tabloid fixture Tonya Harding) and gave them a film that made them question not only the way this particularly American story unfolded, but their own complicity in it. Quite a feat for a movie that also made you laugh, cringe, and gape.

We got a chance to speak with Riegel about what it was like shaping director Craig Gillespie’s film, a, why certain stories just have an energy to them that tell you something special is happening, and the joy of cutting a movie with this many outstanding performances.

First off, congratulations on the Oscar nomination. In a year of truly magnificently cut films, your work stood out.

Thank you. I’m absolutely stunned and thrilled and very happy all at the same time. All the films are just fantastic and very different. I think it speaks to just how wonderful the films are this year in general, and how people are making such a great, broad variety of movies.

So what was your initial thought when you first heard about I, Tonya?

I’ve worked with Craig [Gillespie] for ten years, this is our fifth feature together, but when he first called me and said he had this script about Tonya Harding, I have to be honest, I felt a little deflated. I was like, really, Tonya Harding? Why does anybody want to see this story again? Then when I got the script [by Steven Rogers] and read it, I was captivated, and knew exactly why Craig was so interested in this, and why they were so interested in Craig. He just has this ability to create this amazing tone, which I knew I, Tonya would require in order to work.

The film really does walk this incredibly fine line between a comedy and a drama, between a sad story about the pitfalls of relentless ambition and success at all costs, and a wild, down-and-dirty, rags-to-riches-to-rags movie. How did you manage this?

This is what excited me. I love that challenge. To walk that line between tragic and emotional and absurdly funny. And when I read it, I knew all the things Craig would be able to bring to it. We commented often that we were going to break every rule and try everything in a freehanded way. It’s such a mashup.

Having worked with Craig for so long, I imagine you have your process down pat. Was it tweaked at all for I, Tonya, due to the unusual material and style of filmmaking?

I did have this huge advantage in knowing the director so well and understanding his sensibility. I was in LA while they were shooting in Atlanta, so I was marvelously isolated, which I like as the editor. I’m the only member of the crew who’s really an audience member. I haven’t been involved in the development of the script, casting, location scouting, or any of the usual struggles of the shoot—I just get the film, watch it, and react to it. There’s not anybody else in the project at that stage who has the ability to do that. When I’m watching dailies, I’m trying to take it in and watch for story, performance, emotion, and I’m also trying remember my initial reaction to every single scene, every single take, every single line. I want to put it all together in a way that feels natural, real, and emotional. The goal is so that I can react to it in a truthful way.

So you’re getting scenes while they’re filming?

I assemble everything right away, then I send Craig the scenes online on a very regular basis for him to look it, to make sure he’s happy form a technical point of view, coverage, performance, and tone. So I go through these things and he gives me some feedback, and by the end of the shoot, he’s seen the whole movie. Not in order and not all at once, but he’s seen everything cut together. So when he sits down with me, there’s no big surprises and we can get to work. It’s a rather instinctual response to watching the footage.

How much direction are you getting from Craig when you start cutting?

Many editors want to wait until they have their full assembly together and have polished it before showing it to the director, but I have the exact opposite method. I want to show it to the director as soon as possible, whether I know or don’t know that person very well, so I can begin my dialogue and get to know them and start having those conversations about performance and tone. I also want to be left open enough and free enough so I can react to it honestly and not be told what the director wants so specifically. As they go through their process, the film becomes something very different from the page to the visual medium. Things that may seem very important in a script or a take, something that plays funny on set, may not be the take we use because of everything surrounding it. So I need to be left with that freedom to pick and choose for the movie, rather than choosing whatever felt best on set in that particular moment.

Then the director comes in once they’re done shooting and we begin to refine and figure out what the movie is. You love your child when you’re pregnant, and then you have to meet them and deal with the personality and figure it out. Until you have the whole film together, you haven’t really met it yet.

Have you been surprised at all by how much this film has resonated with audiences?

On a certain level, I’m still constantly surprised at how the film’s been embraced and how much people enjoyed watching it. People have told me theyv’e watched it multiple times. It’s just so fun, it’s not that often that people watch a film a over and over again, unless they’re an editor. It’s so flattering.

What were you thinking as you were cutting the film, seeing it come together?

Throughout the process I was always amazed how much I enjoyed it. I loved every scene. There’s a lot of time you work on films and over the course of the year, you watch it so many times and you have these screenings and work on these few scenes that are really difficult, and you’re always trying to work it and work it and work it, and when you’re watching it you’re like, ‘Oh that scene I really love is coming up.’ With this one, I love watching the movie still, from beginning to end. That’s such a fun part of this process.

Are you constantly changing what you’re watching for in the hundreds of times you go through it?

How much easier is your job when the production itself goes so smoothly?

If anybody has fallen short it makes my job so hard, but on this one everyone was firing on all cylinders. Production designer, hair and makeup, cinematographer, composer, visual effects, the actors, everyone just nailed it, with time constraints and budget constraints, they nailed it.

This is the third film I’ve cut with Alison Janney, and I knew what I’d be getting—she’s marvelous. She just gives you such a great performance, she gives you both variety and consistency, if that makes sense, which is just crucial to an editor. You can have the most incredible take, but if it’s not matching other shots in a way that can be cut for continuity, you can’t use it, which is heartbreaking as it yanks the audience out of the movie if there’s not continuity. I remember putting together a few scenes very early on, when Tonya comes to visit her at the diner, and she’s talking about being a mother. And she kind of goes crazy and loses it, talking about how being nice doesn’t do anybody any good. When I first put that scene together, I called my assistant into the room and I said, ‘Wow, I don’t want to curse anything, but I think she should get an Oscar nomination for this scene.’ This was last January. It was just so exceptional, she’s this vile and horrible mother, yet you somehow still have compassion for her! She did help make these dresses, and work hard as a waitress for these skating lessons, and take her to practice. None of it excuses her being so dreadful, but it’s interesting to have these dynamics with characters, how you fall into the seduction of these sorts of people who aren’t all bad and all good.

Sebastian Stan, I can watch his stuff all day long, I just keep my eyes on his performance because he’s so subtle. It’s a tough role. He’s playing someone whose abusive to his wife, yet he’s charming and loves her, and you can get into a whole conversation about this cycle of abuse. One of my favorite sections is when they’re talking about Eskimo pies and Tonya wants Dove bars and he whacks her. A few scenes later he’s put down rose petals and he brings her into the kitchen and in the freezer there’s Dove bars, and the audience goes awww, and it’s like, wait guys, just a few minutes ago he was beating her! The performance he gave was amazing.

And then, of course, there is Margot Robbie, one of the most beautiful creatures on earth, who so fully embodied Tonya Harding, her gruffness, her voice, her movements. She was just absolutely remarkable.

It’s really an exceptional group of filmmakers, in front of and behind the camera.

That’s the magic of movie making, every now and then you have lightning in a bottle. Sometimes it seems exceptionally easy when that happens, it just works. What an honor it was to work on this film.