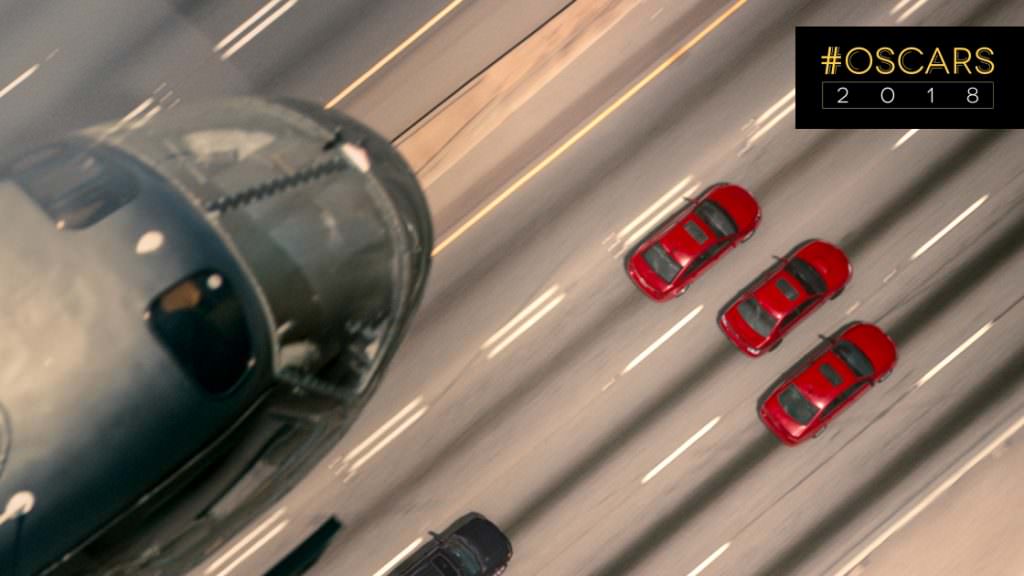 As part of our Oscars week coverage, we’re re-posting our conversations with some of this year’s Oscar-nominees, while publishing new interviews throughout the week. Paul Machliss is nominated in the Film Editing category, alongside his co-editor Jonathan Amos. They join fellow nominees Lee Smith (Dunkirk), Tatiana S. Riegel (I, Tonya), Sidney Wolinsky (The Shape of Water) and Jon Gregory (Three Billboards Outside of Ebbing, Missouri).

Of all the masterly edited films of 2017, it would be hard to argue any were quite as revolutionary as Baby Driver. Edgar Wright’s music-charged heist flick was so flawlessly designed and edited it seemed almost as if the songs on the soundtrack had been recorded specifically for the scenes they amplified. In our interview with supervising sound editor Julian Slater, we learned, among other things, that the brilliantly matched music-and-turbo-charged-getaways were so complicated, they had to use five different cars to sync the sounds between Baby’s (Ansel Elgort) red Subaru to the music, because the actual Subaru didn’t have the right vroom.

It took a small army of brilliant filmmakers to make Wright’s dream come true. Every squelching tire during any one of a number of getaway scenes was married, flawlessly, to a symbol crash or guitar riff, a drum solo or a sick bass line. From the film’s opening bank heist, with Baby starting his bespoke playlist with The Jon Spencer Blues Explosion’s “Bellbottoms” to fuel his furious driving, to a wild chase at the end of the film backed by the collaboration between Danger Mouse, Run the Jewels and Big Boi’s “Chase Me,” Baby Driver is likely the only film ever made in which pretty much all 29 songs on the soundtrack play in their entirety during the film because they’re the DNA of the story. These songs don’t just give these already charged scenes an extra boost—they practically direct the action themselves—with an accuracy that seems fairly close to voodoo. You wonder why someone didn’t think of this before, until a second question cannibalizes the first; how could anyone actually pull this off?

For this, and a slew of other reasons, editor Paul Machliss was just nominated for an Academy Award, along with his co-editor Jonathan Amos. They join the editors of Dunkirk, I, Tonya, The Shape of Water and Three Billboards Outside of Ebbing, Missouri. We had one very simple, overarching question for Machliss about his work on Baby Driver—how the hell did you do this? Below are his responses, edited for length and clarity—if a little less impressively than his own work.

So how the hell did you do this?

I think, if you’re going to work for a director like Edgar, the great thing about him is he will always set a challenge for you, always one beyond the challenge before. In the case of Baby Driver, it was in some respects, how do we attempt this because no one’s ever tried something quite like this before. This wasn’t simply a kind of musical where we played the tracks and people synced or mimed or danced, and you could put it together later. This was a totally new approach for this kind of filmmaking, and it required a new look at how an editor works and his role in a production.

What was the biggest change to your job?

I’d say the biggest thing here was almost like the merging of production and post-production—they both happened at the same time, and one continually informed the other in almost real time kind of sense. What I was required to do on this film was absolutely unlike anything I’d done before. When you see the credits roll up and see myself and John [Amos] as editors, I think it doesn’t really describe what we did.

So you were on set during production?

Yeah. Part of it was this growing idea of a collaboration with editorial that can happen at the moment of creating of the take. It’s something Edgar and I had built up since Scott Pilgrim vs. the World, where he thought it would be really good to have the editor on set because we were dropping in such precise shots. Over-the-shoulder reverse dialogue that had to fit with something shot a year before. It was a little touch and go back then, but we got it to work.

On World’s End, he thought it would be great if I was on set for the action sequences, and cut them as we were shooting them, so I was problem solving during production so that, six months later, we wouldn’t discover any issues. For Baby Driver, a film with so much music, so much action, we can’t just shoot it and hope for the best. Everything had to work and be locked in, so I needed to be on set the whole time. That meant I was probably on set for maybe 95% of the shoot. That’s not even mentioning the work we did on and off over an almost five year period before we shot a frame. I was basically helping Edgar from the start, after he chose the songs and playlist, I was there overlaying them, crossfading them, adding sound effects between the music.

Then Edgar did a table read in 2012, and he sent that recording to me and we integrated the dialogue during down time from other work. We put that all together and came up with a 100 minute radio play, so you could give it to a producer and say, ‘Here’s the film, listen to the whole film, then we could put the pictures on top of that.’ That’s something we hadn’t done before. It’s surprising for a visual  medium how much the sound picture worked. A producer could listen to it and imagine it in their head, and this helped Edgar ultimately secure the deal. When were ready to work, we were there every day on set.

Were you playing the songs on set?

We had someone who was reading the stage directions, and even under the stage directions if there was no dialogue but there was music, we’d run the music under the stage directions. We’d already prepped some of the tracks, like “Harlem Shuffle,” that was all worked out years before we shot a frame. If you recall the titles, a man walks across the road and almost gets hit by a car, an ATM beeps, Baby swings into the coffee shop; all those beats had been worked out several years before hand. We took rough mixes of those tracks and dropped them into the radio play, so there were finished mixed sequences, with sound effects and everything in sync, and our own sound effects and the dialogue. All of this went into the radio play. We emulated the sound effects of the action sequences. We went to extraordinary lengths to make that an entertaining listen. I’m pretty sure this hasn’t been done, it took a little bit of work, but it made sense. I don’t think anyone has quite made a film like Baby Driver before, so everything you’re doing is kind of research and development to get it made.

How much did it help to know all of the musical cues during production? To know which songs undergirded which scenes.

The fact that we knew the music, the cues, the action beats and what has to happen when the moment we started filming was fantastic.  While I was editing on set, I was on the frontline with the DP, video assistant, choreographer—I was a part of that team. It was fantastic, even more for Edgar, who’d had this idea going back for ten years, to be able to surround himself with a bunch of people who could make this happen, even on a shot by shot basis. It’s great to see it come together. We’d done so much prep. You learn things, like cars don’t actually stop spinning after crashing on the beat, so maybe you put four bars of music but it takes six, so these are the challenges of any kind of filmmaking process, but it was great to have the framework there and watch it build as we were putting it together.

There must have been a million technical challenges to a film so dependent on music—can you give me an example of one?

The music set challenges, because if you feel one scene is running a little long and you want to get a few seconds out, on a normal film you say, great, but you cannot so easily take two seconds of music out, there’s a rigid bar code, metronome, with action on certain beats. So what do you do? If you cut 2 seconds, the whole rest of the scene will suddenly drift. So you have to think, ‘How does the shot relate to where I am in the music, and is this where I want to be in the shot?’ So we tried to set ourselves a rule of not editing the music. I think maybe 95% of the time, the song is complete and unedited. For “Bellbottoms,” we may have subtly looped a couple of bars, and Edgar tells the story on the track, called “Neat Neat Neat” where he realized the song would run out way before the scene finished. The cinematographer Bill Pope realized this.It wasn’t one of those things where if we had as core written, you’d ask the composer for an extra 50 seconds. We couldn’t do that, as the phrase goes, necessity is the mother of invention. At the time we thought, oh gosh, how do we get out of it. So Edgar’s clever idea was that when Baby gets back into the second getaway vehicle, he goes to his iPod and rewinds the music 45 seconds, so little things like that got us out of scrapes. And it made perfect sense that in Baby’s world, of course he had to carry on hearing the track, so of course he would rewind it.

How was the music chosen?

Edgar has a very eclectic record collection, and he knew what would fit the film. If you take the time to listen to the tracks, which fit each scene, almost every track has some kind of comment on what’s happening in the story as well. You could just watch Baby Driver as a good action or comedy, but then it stands up to repeat viewing, and then if you chose to, you could peel away the layers and see the building blocks, the choreography, Edgar’s dialogue, the music, the action, and just how everything interlocks. But does so in a way where you’re looking at a typical musical, I wouldn’t call it a musical, it’s an action film driven by music. It’s still a pleasure to watch that, even now a year on from letting it go.