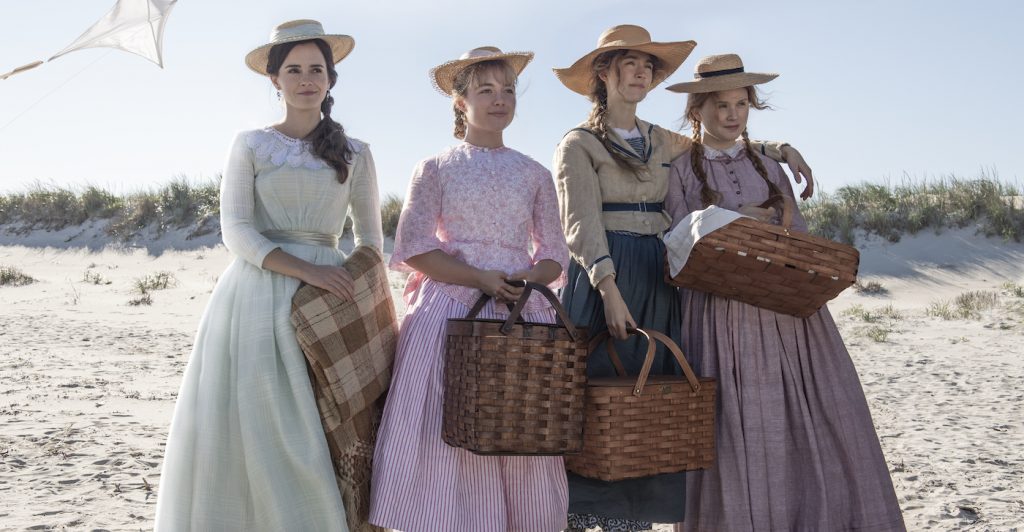 You know you’ve made a major splash with your directorial debut when people are breathlessly awaiting the trailer for your next film. Such is the case with Lady Bird writer/director Greta Gerwig, and her new film, Little Women. Gerwig has taken on the oft-adapted Louisa May Alcott classic and folks have been anxiously awaiting our first glimpse at her take. After properly teasing us yesterday, Sony has delivered the full trailer.

With Mr. March (Bob Odenkirk) employed as a pastor far from home, Marmee and her four girls are having a grand old time without him. When the young neighbor Laurie (Chalamet) is introduced to the family, we’re whisked through decades worth of drama within (and without) the March home. First love, poverty, and a country riven by war are subjects of this enduring story.

Yes, Little Women has been adapted, again and again, throughout the years, but there’s no denying the thrill of seeing Gerwig’s take on this story. Ronan seems to be her muse, and here is picture-perfect as the strong, feisty Jo, who won’t be happy being told who to be or how to live her life. It’s just our first look at the film, but this trailer suggests that Gerwig might have another Oscar-winner on her hands.