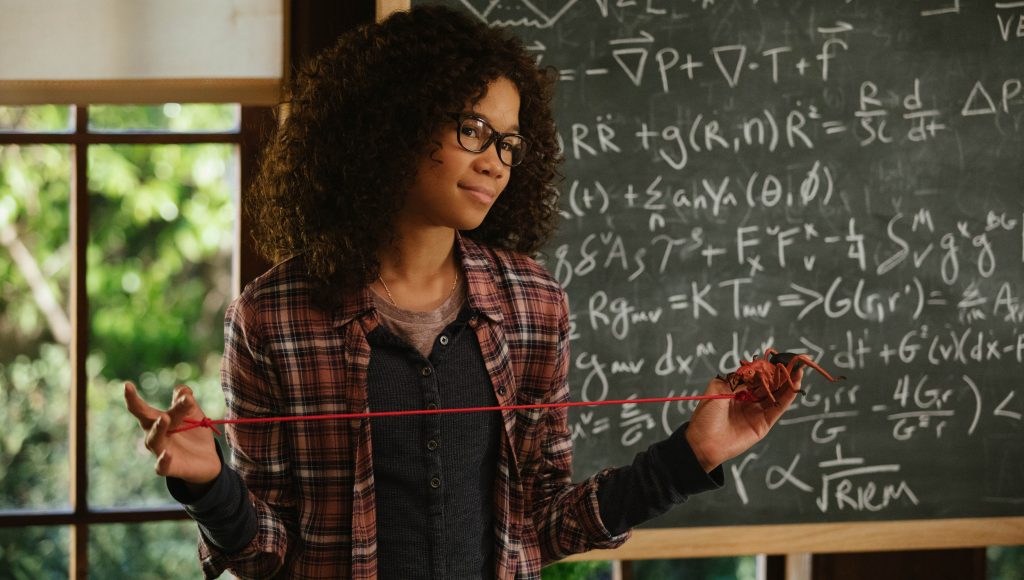 Another fresh face has joined James Gunn‘s The Suicide Squad—enter Storm Reid, the rising star who has been very busy lately. Reid was the lead in Ava DuVernay’s A Wrinkle in Time, had a role in DuVernay’s must-see Netflix miniseries When They See Us, and is in two upcoming movies from Blumhouse studios, Don’t Let Go and the upcoming The Invisible Man. She’s everywhere! As she should be, she’s very talented. Now the young actress has been cast as Idris Elba’s daughter in Gunn’s anti-hero ensemble flick.

Reid and Elba aren’t the only new faces joining The Suicide Squad. We’ve got John Cena, David Dastmalchian and Daniela Melchior in the film. We don’t know who Cena is playing, but Dastmalchian will be Polka-Dot Man, and Melchior is playing Ratcatcher. Yup, The Suicide Squad is delivering some of the weirdest villains in the DC canon. Your returning stars are Margot Robbie as Harley Quinn, Joel Kinnaman as Rick Flag, Jai Courtney as Captain Boomerang, and Viola Davis as Amanda Waller.

As for Elba and Reid, we have no clue who they’re playing yet. Initial reports pegged Elba as Deadshot, replacing Will Smith, who couldn’t make the project work due to a scheduling conflict. We later learned that Elba will be playing someone else, we just don’t know who. At one point, Elba’s character was connected to Melchior’s Ratcatcher in a father figure role. In the comics, Ratcatcher is a man named Otis Flannegan, a former member of the Gotham City Sanitation Department who commands an army of rats. Ratcatcher is also a real fan of poisonous gases, which is why he—now she—wears a gas mask. With Reid stepping into the film as Elba’s daughter, that idea seems kaput.

We might not know who Elba and Reid are playing, but they’re a fantastic pairing.

The Suicide Squad is due to start filming in Atlanta this fall, with an August 6, 2021 release.