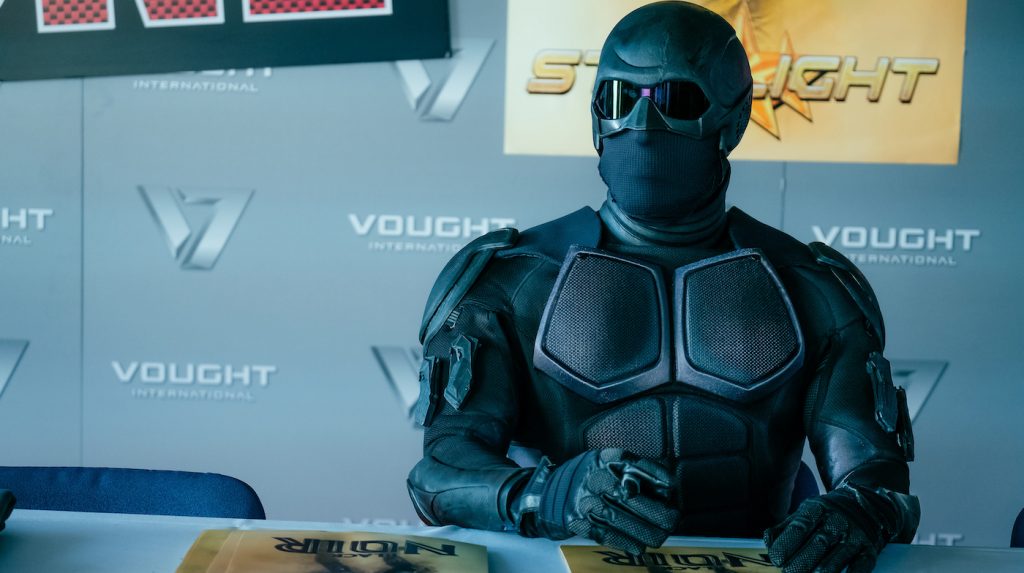 From The Dark Crystal to Pennyworth: Our Comic-Con TV Round-Up

Television series stars and creators came to San Diego Comic-Con to talk about new and returning shows. Here are some of the most intriguing announcements and previews we caught:

Undone (Amazon Prime) is a stunning new animated series as far from the usual computer-generated images as it can be; every background is a hand-painted oil painting and all of the characters are photographed and rotoscoped. Composer Amie Doherty said that she created “a super-organic score to match the beautiful, organic, hand-crafted animation.” It includes a “virtuosic violin to match the experiences on screen.”

Pennyworth (Epix) gives Batman fans the backstory of his loyal butler Alfred. In Pennyworth, Afred is a British WWII veteran who saves an American billionaire—Thomas Wayne, of course—from some ruthless, powerful bad guys. Jack Bannon stars as Alfred, and it looks like both he and Thomas will find some time for romance as well as a lot of action.

The Dark Crystal: Age of Resistance (Netflix) is a prequel to the 1982 Jim Henson fantasy film, with voice talent that includes Taron Egerton (Rocketman), Mark Hamill (Star Wars), Alicia Vikander (The Danish Girl), and Andy Samberg (Brooklyn Nine Nine). The clips we saw at Comic-Con showed a strong connection to the style of the original, using technology to expand the world of the film without losing its iconic textures and puppet-y feeling.

The Boys (Amazon) looks like a cross between The Avengers and The Dirty Dozen. Based on the comic books by Garth Ennis and Darick Robertson, it is about what happens when the “good guy” superheroes have been corrupted by their power and celebrity status. And so, it falls on some unlikely super anti-heroes to save the world from the people who are supposed to be saving the world and have some very impressive superpowers to fight anyone who tries to challenge them. The Boys have names like Mother’s Milk (Laz Alonzo), The Deep (Chase Crawford), Queen Maeve (Dominique McElligott), A-Train (Jesse T. Usher), and Female (Karen Fukuhara). (Yes, they’re not all boys.). “It’s morally ambiguous,” said McElligott. “I’m glad we’re exploring these stories and making them less and less taboo.” One detail of interest: Jack Quaid (The Hunger Games) plays a character named “Wee” Hughie Campbell, in the original comic-inspired by Simon Pegg (Star Trek). In The Boys, Campbell’s father is played by Pegg.

Carnival Row (Amazon) stars Orlando Bloom (Lord of the Rings) and Cara Delevingne (Paper Towns) in a Victorian fantasy with contemporary resonance about a city confronted with immigrants seeking a safe place to live. In this case, the refugees are fairies, and their homeland was destroyed by humans. There are murders, there is fear and prejudice, and there is a human/fairy romance. “We’re in this fantastical world where we are able to examine with real humanity some of the desperate situations in the world,” Bloom said.  The series is gorgeously designed and very immersive.

Mayans M.C. (FX), the spin-off from Sons of Anarchy, will explore the conflicts – internal and external – of its motorcycle-riding characters who find themselves drawn into crime and violence. Comic-Con attendees got an exclusive look at the first 15 minutes of the show’s second season, which includes an ultra-violent shoot-out. The actors who appeared on stage talked about how much they value the opportunity to tell a story set in an almost-entirely Latinx world. More than one mentioned that normally they see each other when they are competing for the same roles. They treasure the opportunity to work together, and to have a chance to take often-stereotyped characters and give them depth and complexity.

David Makes Man (OWN) is the first television series from Oscar and MacArthur-winning writer Tarell Alvin McCraney. Director Cheryl Dunye said that it is the story of a gifted young man who is literally haunted as he tries to code-switch between his home with his single mother in the projects and his school that feels like another world.