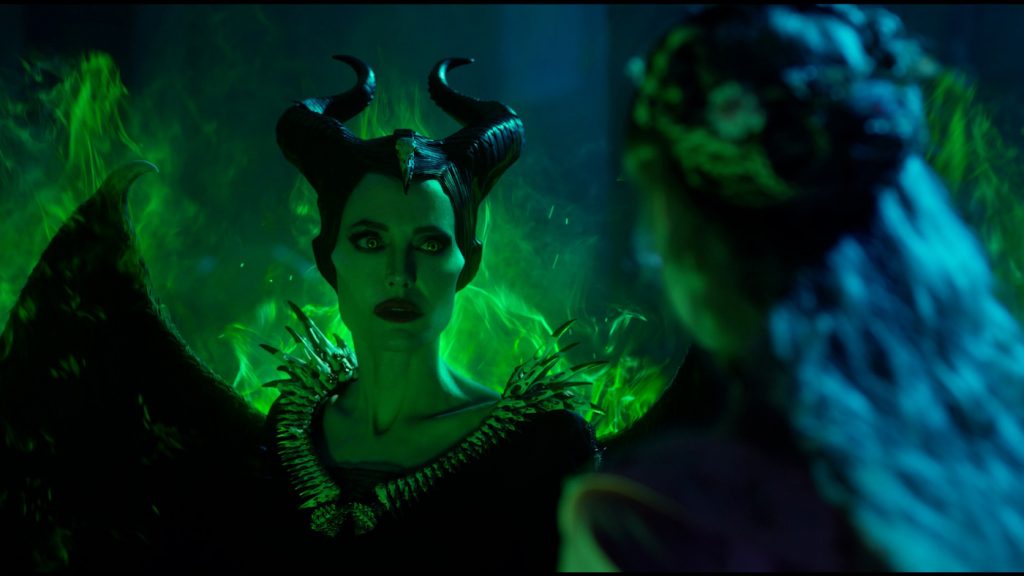 Angelina Jolie returns to the big screen (as an actress, that is) in Maleficent: Mistress of Evil for the first time since 2015’s By the Sea. Mistress of Evil is, of course, the sequel to 2014’s smash hit Maleficent. That film introduced us to Jolie’s titular villain, in which we found out her reasons (and there were plenty of them) for cursing her goddaughter, baby Aurora—better known as Sleeping Beauty. By the end of Maleficent, however, the powerful fairy and her goddaughter had become allies, and Maleficent herself had become good again. Now, the official trailer for Maleficent: Mistress of Evil hints at why our favorite winged, horned fairy might be breaking bad again.

Wedding bells are chiming. Prince Phillip (Harris Dickinson) has proposed to Maleficent’s beloved goddaughter, Princess Aurora (Elle Fanning). This should good news, no? But Maleficent has many a reason not to believe in true love—her turn to villainy had been set into motion by having her heart broken in the first film. She initially tells Aurora she can’t marry him, but Aurora promises that Maleficent will see some love really is true.

Enter Queen Ingrith (Michelle Pfeiffer), Prince Phillip’s mother. The trailer reveals that an initial meeting between Queen Ingrith and Maleficent does not go well. The Queen implies that Maleficent has gone against her nature (read; she’s evil) to raise Aurora, which she says was quite impressive, but now it’s time Aurora had a real mother. Ouch. You can imagine how well this goes over. Maleficent digs deep into her renewable energy source—fury—and says that the union is off.

Thus we have our set up. It’s Maleficent versus the Queen, with poor Aurora once again caught in the middle. Yet the new trailer slyly saves the reveal of Chiwetel Ejiofor‘s mysterious character for the end, suggesting there will be a lot more to Mistress of Evil than the battle between two strong-willed women over Aurora’s fate.

Here is the official synopsis for Maleficent: Mistress of Evil:

The years have been kind to Maleficent and Aurora. Their relationship, born of heartbreak, revenge and ultimately love, has flourished. Yet the hatred between man and the fairies still exists. Aurora’s impending marriage to Prince Phillip is cause for celebration in the kingdom of Ulstead and the neighboring Moors, as the wedding serves to unite the two worlds. When an unexpected encounter introduces a powerful new alliance, Maleficent and Aurora are pulled apart to opposing sides in a Great War, testing their loyalties and causing them to question whether they can truly be family.