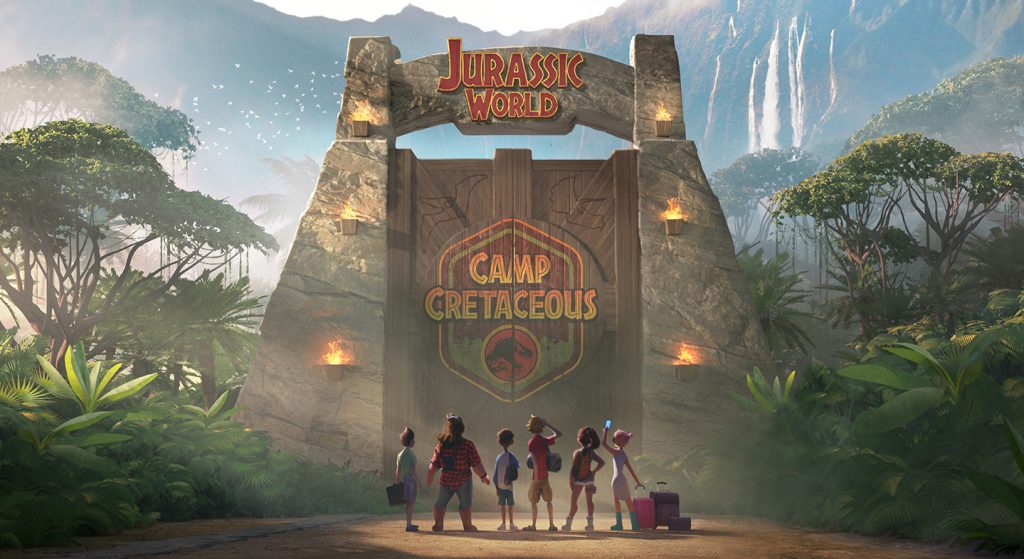 The Jurassic Park world has always been kid-friendly, but simultaneously too scary for many a tyke. This duality was fairly robust until Jurassic World: Fallen Kingdom, which was about as close to a horror film as any Jurassic installment could be. That film included a villainous Indoraptor that literally crept into children’s bedrooms and enough jump scares to unnerve children and adults alike. Now, a brand new trailer for DreamWorks Animation Jurassic World: Camp Cretaceous offers the kids their very own dino theme park. The animated series will feature a huge number of all our favorite dinosaurs, including the series two stalwarts, the velociraptor and T-Rex. It’s also a gorgeous thing to behold. The new series will debut on Netflix in 2020, with the streaming platform becoming one of the go-to homes for animated series.

Camp Cretaceous is set within the same timeline as Colin Trevorrow’s 2015 mega-hit Jurassic World and follows a group of six teenagers embarking on an epic adventure at the titular camp on Isla Nublar. This being a Jurassic film, the dinosaurs eventually run amok, leaving our campers in a fairly urgent pickle. Cut off from any help from the outside world, these former strangers will need to band together if they’re going to survive.

Well sure, there’s not much to behold here save for the experience of being spotted and pounced on by a velociraptor, but at least you can tell how good the animation looks.