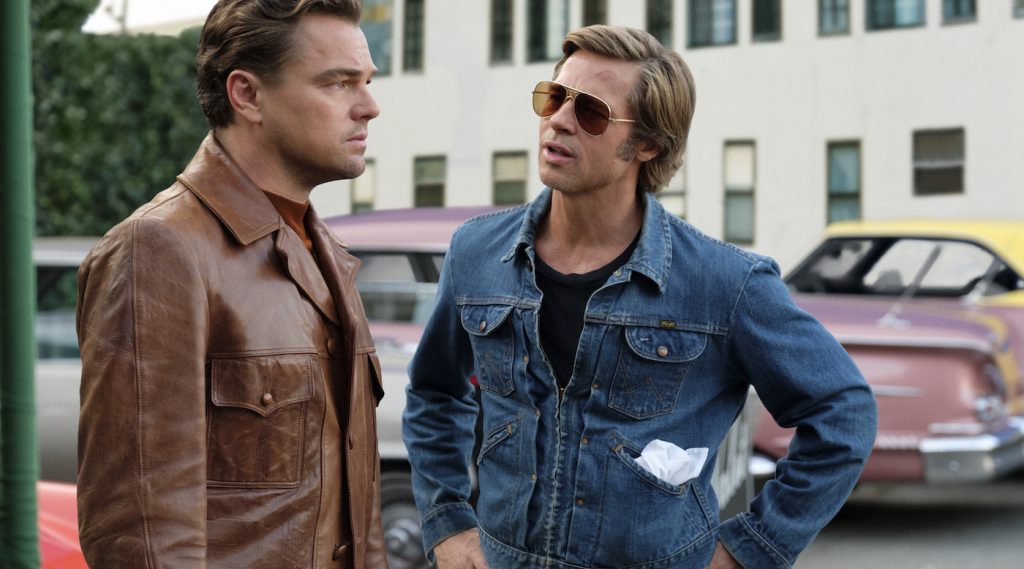 We’re just about a month away from the release of Quentin Tarantino‘s Once Upon a Time in Hollywood. Tarantino’s ninth film bowed at the Cannes Film Festival to some very enthusiastic reactions, with top critics like Manohla Dargis of the New York Times hailing it as “a moving film, at once a love letter — and a dream — of the Hollywood that was.” Yes, we’re excited. Now Sony has dropped a new TV spot with some fresh footage of Tarantino’s latest. The spot hints at the film’s most talked about historical connection—between Tarantino’s fictional world and that of Charlie Manson, who turned Hollywood in 1969 into the location of one of the 20th century’s most gruesome, notorious murders.

A brief reminder of the plot is in order: the story revolves around the fading glory of TV star Rick Dalton (Leonardo DiCaprio), who, along with his longtime stunt double Cliff Booth (Brad Pitt), is trying to stay relevant in a changing Hollywood. It turns out Dalton lives next door to a rising star by the name of Sharon Tate (Margot Robbie). Tate’s career and life were cut short, brutally, horrifically, when she and four others were murdered by Charlie Manson’s followers in the infamous Tate Murders on August 8th, 1969. She was eight months pregnant at the time.

This is explosive material for anyone. For an auteur like Tarantino, the mind boggles at what he might do with his riff on this particular bit of American history. Interestingly enough, many of the early reactions coming out of Cannes revolved around how Once Upon a Time in Hollywood is Tarantino’s most compassionate, poignant movie in years. With its sprawling, incredible cast and multilayered story, the initial comparisons to Pulp Fiction were unavoidable. While Once Upon a Time in Hollywood is decidedly a film only Tarantino could make, it sounds as if it’s also something new from the super talented writer/director.