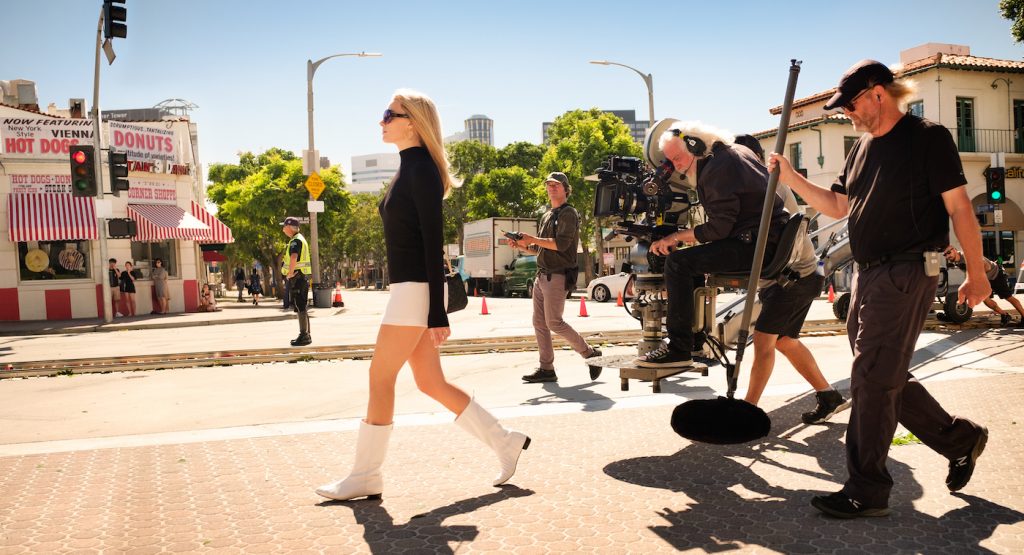 Any and every Quentin Tarantino film is an event movie. This is because Tarantino so reliably stirs up debate, from his 1994 game-changer Pulp Fiction to his historical epics, which gleefully rewrote or refocused history, beginning with Inglorious Basterds (2009) and through Django Unchained (2012) and The Hateful Eight (2015). When word spread that his ninth film, set in Hollywood in 1969, would cover, in some capacity, the infamous Tate murders carried out by the Manson Family, Tarantino enthusiasts (ranging the gamut from super fans to vocal critics) were intrigued. Once Upon a Time in Hollywood has finally bowed at the Cannes Film Festival, and the early reactions are in. A new trailer released yesterday teased a bit more of the plot, which tracks fading TV star Rick Dalton (Leonardo DiCaprio), his longtime stunt double Cliff Booth (Brad Pitt) and their proximity to Sharon Tate (Margot Robbie), who is Dalton’s next door neighbor.

The question of how Tarantino would handle the Tate murders has now been answered. Although we won’t spill any details, it’s enough to know that Once Upon a Time in Hollywood does, in fact, show one of the most infamous and horrific crimes of the 20th century. Conceived of by Charlie Manson and carried out by his band of lunatics on August 8th, 1969, the Tate murders took the lives of a pregnant Sharon Tate and four others at the Los Angeles home she shared with director Roman Polanski, who was away filming in Europe at the time. Peter Bradshaw of The Guardian calls Tarantino’s handling of the grisly murders “Entirely outrageous, disorientating, irresponsible, and also brilliant.”

We’ve rounded up some of the first reactions to the film, which more or less confirm that Once Upon a Time in Hollywood is a film only Tarantino could make. Even Tarantino’s longtime cinematographer Robert Richardson was blown away by the cast. He called out not only the phenomenal performances of the leads—DiCaprio, Pitt, and Robbie—but also co-stars like Dakota Fanning, who plays Manson Family member Lynette “Squeaky” Fromme.

After reading these bite-sized takes, there is likely one conclusion you will most certainly draw—you should see the film for yourself. Joining DiCaprio, Pitt, Robbie, and Fanning are Kurt Russell, Timothy Olyphant, Luke Perry, Margaret Qualley, and Al Pacino. It opens on July 26, 2019:

Manohla Dargis, The New York Times: “Such a moving film, at once a love letter — and a dream — of the Hollywood that was.”

Fionnuala Halligan, Screen International: “For Tarantino, this is an almost soft-hearted – for him – film…a new departure for the filmmaker. And the warmth is welcome.”

Bilge Ebiri, Vulture: “It’s the most fun the director seems to have had in years, but it’s also, oddly, his most compassionate picture in more than a decade.”

Steve Pond, The Wrap: “A grand playground for the director to further fetishize old pop culture, to break things and hurt people, and to bring a wide-eyed glee and a robust sense of perversity to the whole craft of moviemaking.”

Featured image: Margot Robbie on the set of Columbia Pictures “Once Upon a Time in Hollywood.” Courtesy Sony Pictures.